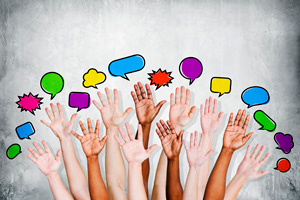 It is important to conduct serious market research before deciding to invest resources into doing business with the federal government.  Use the resources below to help you start to find out what the government currently buys.

Award history of federal procurements and grants is available on a government website called USASPENDING.gov.

Government agencies are responsible for collecting and reporting data on federal procurements through Contract Data Reports.  This new site, which is part of Beta.SAM.gov, is replacing the Federal Procurement Data System (FPDS) legacy site.

If there is one thing the USASpending.gov portal always had was data. But what it did not have ever since the Office of Management and Budget launched the site in 2007 was the ability to analyze said data.

That is, until now.

The Treasury Department’s Bureau of Fiscal Service is launching a series of new data analysis tools to let citizens, businesses, the media and maybe most importantly, so-called “data geeks” have access to a treasure trove of contracts, grants and other spending information like never before.

“We have a new initiative called data lab where we are posting analytics and visualization to help inspire researchers, data scientists and members of the public to understand what this data is and to think of own use cases for it,” said Justin Marsico, a senior policy analyst with the Bureau of Fiscal Service in an exclusive interview with Federal News Radio. “We also have redesigned the USASpending.gov site to be more accessible, friendly and easy to understand and use for members of the public and for federal agencies.”

Keep reading this article at: https://federalnewsradio.com/big-data/2018/04/data-usevalue-is-the-motto-for-new-usaspending-gov/

If laws produced virtue, we’d all have halos.  In reality laws sometimes produce next to nothing, at least initially.

Case in point: the 2014 Digital Accountability and Transparency Act. That well-intentioned piece of legislation was supposed to bring transparency by having agencies adopt uniform standards for tagging spending data. But as implemented, it’s not working out that way.

Those pesky Government Accountability Office auditors checked out the data posted at USAspending.gov. Under the law, GAO is supposed to check things periodically. When it comes to budget data, agencies get about a “C.” GAO is 95 percent confident that three-quarters of the website data matches agency records. But on contracts and grants spending, forget about it. GAO found that between 0 and 1 percent of posted data matches agency records.

Keep reading this article at: https://federalnewsradio.com/tom-temin-commentary/2017/11/data-act-so-far-so-meh/

Doing business with the United States federal government can be very lucrative, but it comes with a price.

That price arrives in the form of reporting obligations, recordkeeping, outreach, and much more.

Failure to comply with all applicable regulatory requirements can also have steep consequences, so it is very important for federal contractors to ensure they are doing all that is required.

Companies are sometimes unaware that they are a covered contractor or subcontractor and, thus, find themselves unprepared for an Office of Federal Contract Compliance Programs (OFCCP) compliance review. In an effort to better prepare for these types of situations, this article is intended to provide some practical information and resources about federal contractor thresholds and where to look for federal contracts.

Keep reading this article at: http://www.mondaq.com/article.asp?articleid=598152

The Treasury Department’s online federal spending tracker might still have some kinks by May 2017, by which time the department is expected to unveil a final version.

During a keynote speech at AFCEA Bethesda on Thursday, Christina Ho, Treasury’s deputy assistant secretary for accounting policy and financial transparency, said she didn’t know “exactly what the outcome will be” for the USASpending.gov revamp. A beta version of the site, which launched early last month, still faces challenges, she said. Treasury is still collecting public feedback and reviews.

“We will get there even if we don’t do all the things that we thought we [could] do by May 2017,” she said. “I can guarantee you where we will be in May 2017 is going to be a lot better than what we have been able to do.”

Keep reading this article at: http://www.nextgov.com/cio-briefing/2015/12/treasury-official-federal-spending-data-should-be-portable/124177

The United States government has awarded more than $280 billion in contracts so far this fiscal year — FY2015 ends September 30.  Last year, that number was just over $445 billion on September 30.  (Data available online at https://www.usaspending.gov).  While this year’s total contracts awarded will be less than last year, the disparity reveals that the rest of August and September is likely to set a blistering pace of federal contract awards.

In late July, the Government Accountability Office (GAO) — tasked with investigating how the federal government spends taxpayer dollars — released what many are calling a scathing report.  The report explains that many federal agencies fail to follow the procurement regulations found in the Federal Acquisition Regulations (FAR).  The report is a good reminder for contractors who bid on federal procurements to be watchful of procurements that appear to deviate from the rules.  Data suggest not only that these agencies are breaking the rules, but also that protestors who call them on it are increasingly getting some relief.

Congress typically funds federal agencies through annual appropriations.  An elementary principle of federal fiscal law is that if an agency’s appropriations are not obligated by the end of the fiscal year in which the appropriation was made, those funds expire and generally become unavailable to the agency.  Often, agencies spend their appropriated funds late in the year in an effort to save some “dry powder” early on in case an unforeseen need arises.

With Congress always looking for ways to cut spending, agencies do not want to end a fiscal year with unobligated funds.  In Washington it is hard for an agency to justify to lawmakers the need for more money if the money Congress appropriated last year — money the members of Congress had to explain to their constituents was needed then — was not used.  Accordingly, at the end of each fiscal year agencies resolve this dilemma by finding ways to close the gap between the portion of their appropriation obligated and the portion faced with becoming expired on September 30.  Too often that solution is a less than ideal procurement.

With only a little over $280 billion in federal contract awards to date, federal agencies look posed to make another year-end dash to spend our cash.

Keep reading this article at: http://www.mondaq.com/article.asp?articleid=421792

The work-in-progress known as government transparency took a new twist on April 1 when the Treasury Department unveiled “improvements” to the USAspending.gov website aimed at providing easy public access to data on federal contracts, grants and financial assistance governmentwide.

David Lebryk, Treasury’s fiscal assistant secretary, in a blog post described the change — done in response to external feedback– as improving “navigation to allow users to more directly summarize spending data” and to take advantage of a platform borrowed from the award-winning Recovery.gov website used to track spending on the 2009 stimulus legislation.

The refreshed website is supposed to be easier to navigate and understand (it uses plain language instead of government jargon); provide interactive mapping of prime recipients’ localities and enhanced agency and state financial data summaries; connect subcontract award data to prime awards; and expand search capabilities for simplified titles.

Keep reading this article at: http://www.govexec.com/contracting/2015/04/refreshed-usaspending-website-irks-some-transparency-advocates/109258/

General Electric, the venerable maker of light bulbs, refrigerators, and other appliances, recently announced that it was selling off its consumer products division because the profit margins are too low. While GE bids that division goodbye, it’s holding onto its highly lucrative government-contracting business, in which a less-demanding customer leaves room for higher margins. Between 2007 and 2012, GE secured more than $16 billion worth of federal contracts, which might have something to do with the fact that it spent $150 million on lobbying during that period.

How often do these sorts of contracts roll in for companies that spend heavily on political advocacy? Unfortunately, there’s not enough public information to say.

Journalists and critics frequently bring up the dizzying totals that special interests put into elections—one estimate was that $3.7 billion was spent on last month’s midterms—but it’s much less common to hear about the impact of that money on the government’s decision-making.

Keep reading this article at: http://www.govexec.com/contracting/2014/12/how-companies-hide-spoils-winning-government-contracts/100572