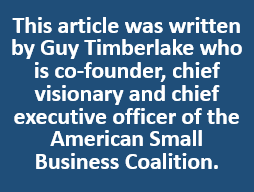 What exactly is the function of a NAICS Code?

That’s interesting since so many on the industry side of government contracting have developed a significant dependency on it.

It’s true. Some companies use it as the sole basis for identifying new opportunities. Some incorporate other factors, like keywords, for example. Then there is the small segment of the government contracting community that blends NAICS Codes and Product Service Codes. Hopefully that segment continues to grow.

Product Service Code? What’s that? Looks like I opened up that can of worms again.

Actually, it wasn’t me for once. The other day someone did a search that landed them on the GovConChannel.com, our news site for small government contractors. The search phrase they entered asked the question ‘What is the NAICS for PSC Code 8145?” Well, if the answer being sought was based on activity occurring in FY2016, then the answer is there are: 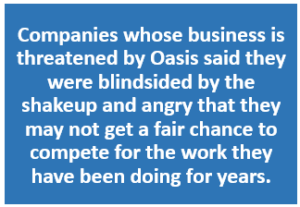 The Pentagon’s gargantuan needs for private-sector support have fueled a sector of the defense contracting market known as professional services. This is an industry dominated by large firms but also one where very small companies — even those with just a handful of employees that have the right skills and background — have competed well.

By virtue of the increased demand for technical and professional support services at defense agencies and military commands, clusters of small business contractors have sprouted around the country. In areas like Hampton, Virginia, for instance, lucrative contracting opportunities from U.S. Air Combat Command have lured dozens of companies, many owned by military veterans and former government executives.

So it came as a complete shock to these companies when Air Combat Command announced earlier this year that it would jettison the current process for hiring support contractors and transfer the work to a pool of firms selected by the General Services Administration. The GSA vehicle, known as “one acquisition solution for integrated services” or Oasis, is one that that Pentagon and other federal agencies have begun to adopt. More than $1.3 billion worth of Defense Department contracts already have migrated to Oasis since the program was launched in 2013.

Air Combat Command, now an Oasis customer, has informed contractors that it would discontinue its “contracted advisory and assistance services,” or CAAS, multiple-award contract. This has caused consternation among small businesses that currently are prime contractors under CAAS or other Pentagon-unique programs.

Keep reading this article at: http://www.nationaldefensemagazine.org/blog/Lists/Posts/Post.aspx?ID=2262

Many companies that cannot perform their federal contract work during the government shutdown will still have to pay their employees, which could be a  challenge with their government revenue cut off.

Contractors retain employees who can’t work during the shutdown because once  it ends, “you have to have the people available to start work again  immediately,” said Trey Hodgkins, a senior vice president at the trade  association TechAmerica. “The company is faced with having to pay these people  even if they have nowhere to go to do the work.”

They can’t simply furlough their employees the way federal agencies can, for  legal reasons.

Contracts that require new funding in fiscal 2014, which began today, are mainly  on hold during the shutdown. Those that support essential government functions  are the exception, and agencies can also award new contracts for essential  functions.

Keep reading this article at: http://www.fiercegovernment.com/story/contractors-may-struggle-under-burden-shutdown/2013-10-01

The Obama administration will require federal agencies to cut spending for management support service contracts by 15 percent by the end of fiscal year 2012.

As part of the White House Campaign to Cut Waste, Office of Management and Budget officials will announce Thursday their plans to reduce the bill for those services from $40 billion in fiscal year 2010 to $34 billion.

Management support services include such functions as program management, acquisition planning and information technology development. Spending on those services rose four-fold from fiscal year 2000 through 2010, according to administration figures.Most of that jump occurred during President George W. Bush’s administration, which vastly increased the government’s contractor workforce, while allowing the corps of federal employees assigned to oversee the work of contractors to remain flat. As a result, in some cases contractors ended up managing contractors.

Jeffrey Zients, the administration’s chief performance officer and a deputy OMB director, and Dan Gordon, the federal procurement administrator, will lead the White House Forum on Accountability in Federal Contracting. Officials from the Department of Homeland Security, the Defense Department and the U.S. Agency for International Development also are on the agenda.

White House figures show that government spending on outside contractors declined last year for the first time in 13 years.