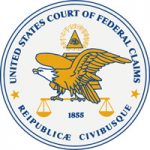 The U.S. Court of Federal Claims (COFC) decision in HWI Gear, Inc. v. United States highlights the importance of reviewing a solicitation to determine if the text of Federal Acquisition Regulation (FAR) 52.219-28 is included in it, as well as the risk of engaging in corporate transactions while a proposal to a procuring agency is pending.  In this case, the COFC held that an offeror was required to recertify its size status during a procurement, and the agency’s failure to enforce this requirement invalidated the award.

In HWI Gear, Mechanix Wear, Inc. (Mechanix) and HWI Gear, Inc. (HWI) submitted proposals in response to a solicitation set aside for small businesses.  After proposal submission but before award, Mechanix informed the procuring agency that it had changed its corporate structure from a corporation to a limited liability company and changed its corporate name, but that all other terms and conditions in its proposal remained unchanged.  Mechanix, however, did not inform the agency that its change in corporate structure was the result of a merger with a large business and that Mechanix no longer qualified as a small business under the size standard established for the procurement.  The agency ultimately selected Mechanix as the awardee, and HWI filed a bid protest challenging the agency’s evaluation.

After a year of uncertainty, the U.S. Small Business Administration (SBA) has issued its long-awaited final rule implementing the Small Business Runway Extension Act of 2018.  The final rule, which becomes effective on January 6, 2020, amends SBA’s receipts-based size standard for its procurement programs to adopt a five-year averaging period for calculating annual revenues of firms and their affiliates in all industries that are subject to SBA’s receipts-based size standards.  In addition, to help firms with declining revenues who might be adversely impacted by five-year period of measurement, SBA’s final rule includes a transition period until January 6, 2022, allowing firms to choose either a three-year averaging period or a five-year averaging period for calculating average annual receipts for size standards purposes.  For our discussion of the proposed rule issued in July 2019, please read the article here.

As SBA explained, a five-year averaging period should “allow more small firms to benefit from SBA’s small business assistance programs by extending their small business status for a longer period.”  It also may result in more large business contracts being set aside for small businesses under the “Rule of Two” because “[w]ith an expanded pool of small businesses, the Federal Government will have more qualified small businesses to choose from.” 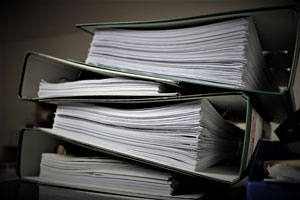 “These companies defrauded the government in two ways, each of which cost taxpayers,” said U.S. Attorney Eileen M. Decker for DOJ’s Central District of California. “Small businesses, in some cases, are eligible to receive a preference when government contracts are issued. Large companies that fraudulently solicit and obtain contracts under small business set-aside programs, like the companies in this case, not only abuse the system but also harm legitimate small businesses by taking those contracts away from them.”

In this case, the government alleged that, between 2011 and 2014, the defendants were liable for false representations that En Pointe Gov., Inc. met Small Business Administration (SBA) requirements to obtain work that was only available to small businesses.  In particular, the government alleged that En Pointe Gov, Inc.’s affiliation with the other defendants rendered it a non-small business and, thus, ineligible for the small business set-aside contracts it obtained.

The government also alleged that defendants caused En Pointe Gov., Inc. to file false quarterly reports with the GSA between 2008 and 2015, under-reporting sales made under a GSA schedule contract that allowed other federal agencies to purchase from En Pointe.  Under the terms of the contract, En Pointe was supposed to return to GSA a percentage of its sales receipts.  This is known as an Industrial Funding Fee.

The settlement resolve allegations filed in a lawsuit by Minburn Technology Group, LLC (Minburn), a Virginia company that sells information technology products and services, and Anthony Colangelo, Minburn’s managing member.  The lawsuit was filed under the qui tam, or whistleblower, provisions of the False Claims Act, which permit private individuals to sue on behalf of the government for false claims and to share in any recovery.  The Act also allows the government to intervene and take over the action, as it did in this case.  Minburn and Mr. Colangelo will receive approximately $1.4 million.

It appears the Department of Veterans Affairs will move forward with a new contract supporting its program for verifying veteran-owned small businesses, more than a year after the VA ended the old contract and following a number of bizarre delays spurred by legal and regulatory wrangling.

The Small Business Administration has determined that Loch Harbour Group in Alexandria does indeed qualify to perform the work as a small business, according to the company’s attorney in the matter. That determination came after the VA filed a size protest that could have prevented the contractor from landing the work.

“It was a lot of work, on both sides, but it appears that the issues between Loch Harbour and the government have finally been resolved and they can move forward working together to do the important work of verification,” which is required to bid on work set aside by the VA, said Lee Doughterty, a principal at the Vienna office of law firm Offit Kurman who represents Loch Harbour.

Keep reading this article at: http://www.bizjournals.com/washington/blog/fedbiz_daily/2014/12/done-deal-va-could-finally-have-a-contractor-to.html

In a recent size appeal decision, the SBA Office of Hearings and Appeals relied, in part, on the new regulation to find that an offeror had not recertified its small business status by submitting a quotation for a BPA to be issued against the offeror’s GSA Schedule contract.

SBA OHA’s decision in Size Appeal of Total Systems Technologies Corp., SBA No. SIZ-5562 (2014) involved a Homeland Security RFQ for business management support at the Coast Guard’s C4IT Service Center.  The Coast Guard issued the RFQ under the MOBIS Schedule 874, and stated that the RFQ would result in the award of a single BPA.  The RFQ was set aside for HUBZone firms.

Keep reading this article at: http://smallgovcon.com/sbaohadecisions/gsa-schedule-bpa-awards-size-status-ordinarily-is-based-on-underlying-gsa-schedule-contract/