I was reviewing various articles I have written over the years and came across a prior version of this one about differing site conditions, written nearly twenty years ago.   I was curious – does this cup still hold water?

Many construction contracts contain some version of a “differing site conditions” clause.   It is found in the current version of AIA’s A201 general conditions, as well as in the EJCDC equivalent.   It also appears in most state DOT specifications, as well as in federal government construction contracts.   Generally, it provides for a change order (subject to procedural compliance) when the contractor encounters (i) subsurface or other concealed conditions that differ materially from the conditions indicated by the contract documents or (ii) unknown physical conditions of an unusual nature differing materially from those ordinarily encountered and recognized as inherent to the work provided for in the contract documents.   But, as they say, “timing is everything.”   This adage applies, too, to a differing site conditions claim.

In Olym­pus Corp. v. United States, 98 F.3d 1314 (Fed. Cir. 1996), the United States Federal Circuit Court of Appeals was confronted with the following ques­tion: Are delays caused by a govern­ment caused hazardous materi­als spill compensable under the federal Differing Site Condi­tions clause?  The court an­­­­­s­wered “no” based on its con­clusion that to be con­sidered a differing site con­dition, the condition must exist at the time the contract was formed.

Olympus entered into a fixed price contract with the United States to pave the plant yards at the Stratford Army Engine Plant located in Strat­ford, Connecticut. As man­­­­­­­­­­­­­dated by the Federal Acquisition Regulation, 48 C.F.R. ‘ 52.236-3 (1995), the contract contained a standard Differing Site Conditions clause which provided, in part, for an equitable adjustment, upon notice, of  “subsurface or latent physical conditions at the site which differ materially from those indicated in [the] contract.”

Keep reading this article at: http://www.jdsupra.com/legalnews/when-is-an-unforeseen-condition-a-73987/ 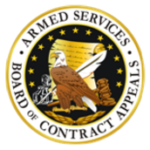