In June 6, 2019, the Government Accountability Office (GAO) issued a decision in the matter of Veterans4You, Inc., deciding that the Department of Veterans Affairs (VA) must apply the “Rule of Two” even when it procures goods and services through other government agencies.

In the VA context, the Rule of Two is the commonly known name for a statutory provision of a 2006 amendment to the Veterans Benefits, Health Care, and Information Technology Act requiring that “the [VA] shall award contracts on the basis of competition restricted to small business concerns owned and controlled by veterans” where the VA “has a reasonable expectation that two or more [such concerns] will submit offers,” and “the award can be made at a fair and reasonable price that offers best value to the United States.”  As discussed in an alert in 2018, VA has struggled to reconcile this mandate with myriad other mandates establishing preferential sources for government procurements.

In its most recent attempt to strike the appropriate balance between the Veterans First and AbilityOne programs, the U.S. Department of Veterans Affairs (“VA”) issued on May 20, 2019 a class deviation to the VA Acquisition Regulations (“VAAR,” 48 C.F.R. Chapter 8), instructing contracting officers to conduct a “Rule of Two” analysis before procuring from the AbilityOne Procurement List.

The Rule of Two is set forth in the Veterans Benefits Act of 2006 (“VBA”), 38 U.S.C. § 8127(d), which established the Veterans First program.  The Rule of Two requires that VA contracting officers determine whether two or more veteran-owned small businesses (“VOSBs”), including service-disabled veteran-owned small businesses, are capable of meeting the VA’s requirements at reasonable prices.  If two or more qualified VOSBs can satisfy the VA’s needs, the VA must procure those goods through those VOSBs that are awarded contracts.  The VBA also allows contracting officers to grant sole-source contracts to VOSBs under limited circumstances (38 U.S.C. §§ 8127(b)-(c)).

The new VA class deviation revises VAAR 808.002, Priorities for Use of Government Supply Sources, and subpart 808.6, Acquisition from Federal Prison Industries, Inc.—the two provisions that implement for the VA the FAR Part 8 mandatory source priority generally enjoyed by AbilityOne Procurement List and Federal Prison Industries vendors across government procurements.  The deviation instructs that the Veterans First priority displaces the AbilityOne priorities for “all VA contracts,” but that “if an award is not made to an eligible . . . VOSB under VAAR subpart 819.70, the priority use of AbilityOne applies and supplies and services on the Procurement List are mandatory sources.”  In this respect, the new VA class deviation reconciles the VA’s priorities for veterans and the separate, government-wide priority for AbilityOne nonprofit companies.

At first blush, no one would argue with the foregoing statement.

But, this mandate became less clear when the VA was faced with awarding a contract to a VOSB or following an otherwise mandatory requirement for all federal agencies to buy a specific list of items made by nonprofits employing the blind and significantly disabled.

Here is the source of confusion. More than 40 years ago, Congress enacted the Javits-Wagner-O’Day Act (“JWOD”), which required federal agencies to buy certain items and services from nonprofits that employ the blind or people with other significant disabilities. Today, this mandatory procurement policy is implemented through the AbilityOne program.

In 2006, Congress passed the Veterans Benefits, Health Care, and Information Technology Act (“VBA”). As the U.S. Supreme Court stated in Kingdomware, the VBA made it mandatory in almost every procurement for the VA to follow the “Rule of Two.” The “Rule of Two” requires the VA to award a contract to a VOSB whenever at least two VOSBs can perform the work at a reasonable price.

Keep reading this article at: https://governmentcontractsnavigator.com/2018/10/18/in-department-of-veterans-affairs-procurements-veteran-owned-businesses-trump-all-other-contractors

In what many will see as VA’s continued assault on its Veterans First Contracting Program post-Kingdomware, the Dept. of Veterans Affairs (VA) recently implemented “Cascading” set-asides.

The VA refers to these set-asides as “Tiered Evaluations,” noting they are also known as “Cascading” set-asides.

The VA issued the PPM in response to requests from VA contracting officers requesting guidance and procedures for the use of tiered evaluations within a single synopsized solicitation when applying the “VA Rule of Two.”

Keep reading this article at: http://vetlikeme.org/its-official-cascading-set-asides-are-now-authorized-at-the-department-of-veterans-affairs/ 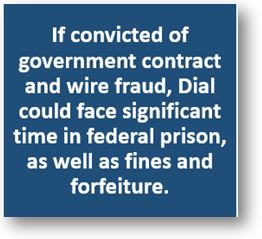 On December 1, 2017, the U.S. Department of Justice (DOJ) announced the federal grand indictment of an army veteran for allegedly engaging in major government program fraud by using his status as a service-disabled veteran to obtain contracts set-aside for service-disabled veteran-owned small businesses (SDVOSBs), despite the fact that he did not control the management and daily operations of the company to which the contracts were awarded.

In the case, U.S. v. Dial Jr., the veteran has been charged with four counts of major program fraud as well as wire fraud in connection with his company United Medical Design Builders, LLC (“UMDB”) receiving over $40 million in government contract funds from the U.S. Army Corps of Engineers between 2008 and 2015.

Specifically, the Government alleged that Dial, who is a disabled Army veteran, acted only as a “figurehead” of UMDB in order for UMDB to obtain a SDVOSB set-aside contract to build health care facilities.

OHA’s decision in Redhorse Corporation, SBA No. VET-263 (2017) involved a GSA RFQ seeking transition ordering assistance in support of the Network Services Program.  The RFQ contemplated the award of a task order under the GSA Professional Services Schedule.  The order was set aside for SDVOSBs under NAICS code 541611 (Administrative Management and General Consulting Services).  The GSA contracting officer did not request that offerors recertify their SDVOSB eligibility in connection with the order.

After evaluating quotations, the GSA announced that Redhorse Corporation was the apparent awardee.  An unsuccessful competitor subsequently filed a protest challenging Redhorse’s SDVOSB status.  The SBA Director of Government Contracting sustained the protest and found Redhorse to be ineligible for the task order.

Keep reading this article at: http://smallgovcon.com/sbaohadecisions/kingdomware-doesnt-require-recertification-for-gsa-schedule-sdvosb-set-aside-orders

The June 16 Supreme Court decision requiring the Veterans Affairs Department to expand set-asides for veteran-owned small businesses could affect broader procurement regulations across government, says the Small Business Administration’s John Shoraka, associate administrator of SBA’s Office of Government Contracting and Business Development.  He recently told Government Executive at a contractors networking event that “the path forward is that we have to interpret how the decision impacts the Small Business Act.”

The court’s decision in Kingdomware Technologies Inc. v. the United States determined that the so-called “rule of two” requirement that the VA consider at least two bidding contractor firms (and apply a set-aside to the one that qualifies) must apply to supply orders as well as contracts.

“There was a perception that a [pre-existing GSA Schedule] order was not a contract, so the rule didn’t apply,” Shoraka told the audience. “But the Supreme Court says it is a contract, so now we know,” and the department must pick the veteran-owned small business assuming it offers a reasonable price.

Keep reading this article at: http://www.govexec.com/contracting/2016/06/sba-interpret-supreme-court-contractor-ruling-small-business/129477

In reaction to the June 16, 2016 U.S. Supreme Court reversal of a lower court decision on the Veteran-Owned Small Business (VOSB) contracting program at the Department of Veterans Affairs (Kingdomware Technologies, Inc. v. United States), the VA has issued guidance to its acquisition team to ensure that procurements for VOSBs and Service-Disabled Veteran-Owned Small Businesses (SDVOSBs) are set-aside whenever a contracting officer has a reasonable expectation, based on market research, that two or more eligible firms are likely to submit competitive offers at a fair and reasonable price.

In the past, the VA had not implemented this rule, known as the “Rule of Two,” for orders placed against GSA and VA Schedule contracts.   The Supreme Court ruled that no exemption from the Rule of Two exists for such orders.  The Court also found that VOSB and SDVOSB set-asides should continue to be made even if and when the VA meets its goals for awards to VOSBs and SDVOSBs.

In announcing the new guidance, the VA’s Office of Acquisition and Logistics said that “additional policy and guidance will be provided via a Procurement Policy Memorandum and Class Deviation to be issued at a later date.”

Highlights of the interim guidance issued by the VA on June 22 include:

Details on these changes can be found at: http://www.va.gov/oal/business/pps/flash16-16.asp