The General Services Administration (GSA) is proposing new rules shaping how contractors protect government information on the IT systems they manage.

Tucked in a Friday Federal Register post detailing the Unified Agenda of Federal Regulatory and Deregulatory Actions, two proposed rules — GSAR Case 2016-G511 and 2016-G515 — call for amending the General Services Administration Acquisition Regulation to include requirements for contractors to safeguard GSA information in a solicitation’s statement of work, as well as the procedures for they inform the agency of a potential breach.

GSAR Case 2016-G511 allows contracting officers to implement agency cyber requirements and standards into each solicitation, providing a centralized cybersecurity guidance across the enterprise for contractors to adhere to.

Keep reading this article at: https://www.fedscoop.com/gsa-proposes-2-new-cybersecurity-reporting-rules-contractors/ 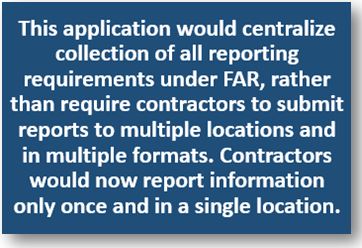 It took federal agencies’ four years to go from introduction to implementation of the Digital Accountability and Transparency Act, so what will it take to get 2,300 grant-making programs and 3,200 procurement offices to do the same?

The Office of Management and Budget recommends three steps to help expedite the process: continue to standardize data, use auto-populating technology, and use IT open standards for developing any new tools needed along the way.

The recommendations are part of OMB’s recent report on the DATA Act’s two-part Section 5 pilot, which covers federal grants and federal contracts. The grants pilot ended, but the procurement side will continue through February.

“The procurement pilot demonstrates that burden is reduced and efficiencies are achieved when data already provided to the federal government is re-used,” OMB said. “The procurement pilot results also demonstrate that reporting can be streamlined when technology standards are open. The grants test pilots demonstrate that the following conditions can reduce recipients’ burden: (I) required reporting data elements are defined in a central open repository, (2) reported data is collected centrally, (3) data can be re-used and auto populated across government, and (4) available resources explain requirements and business processes where needed.”

Keep reading this article at: https://federalnewsradio.com/open-datatransparency/2017/08/a-big-challenge-ahead-for-procurement-grants-reporting-under-data-act/

The General Services Administration (GSA) published a final rule on June 23, 2016 for what it’s calling the “most transformational changes to GSA’s Federal Supply Schedules Program in more than two decades.”

The Transactional Data Reporting (TDR) rule requires federal contractors to report data on individual task orders and purchases made on GSA schedules, including part numbers, quantities and prices paid. While this seems like an additional requirement for vendors, the new process will eliminate some older reporting requirements and is intended to streamline the process.

Keep reading this article at: http://www.federaltimes.com/story/government/acquisition/gsa-gwac/2016/06/22/transactional-data-rule/86247440/

See the new rule published in the Federal Register at: https://www.federalregister.gov/articles/2016/06/23/2016-14728/general-services-administration-acquisition-regulation-gsar-transactional-data-reporting

“These companies defrauded the government in two ways, each of which cost taxpayers,” said U.S. Attorney Eileen M. Decker for DOJ’s Central District of California. “Small businesses, in some cases, are eligible to receive a preference when government contracts are issued. Large companies that fraudulently solicit and obtain contracts under small business set-aside programs, like the companies in this case, not only abuse the system but also harm legitimate small businesses by taking those contracts away from them.”

In this case, the government alleged that, between 2011 and 2014, the defendants were liable for false representations that En Pointe Gov., Inc. met Small Business Administration (SBA) requirements to obtain work that was only available to small businesses.  In particular, the government alleged that En Pointe Gov, Inc.’s affiliation with the other defendants rendered it a non-small business and, thus, ineligible for the small business set-aside contracts it obtained.

The government also alleged that defendants caused En Pointe Gov., Inc. to file false quarterly reports with the GSA between 2008 and 2015, under-reporting sales made under a GSA schedule contract that allowed other federal agencies to purchase from En Pointe.  Under the terms of the contract, En Pointe was supposed to return to GSA a percentage of its sales receipts.  This is known as an Industrial Funding Fee.

The settlement resolve allegations filed in a lawsuit by Minburn Technology Group, LLC (Minburn), a Virginia company that sells information technology products and services, and Anthony Colangelo, Minburn’s managing member.  The lawsuit was filed under the qui tam, or whistleblower, provisions of the False Claims Act, which permit private individuals to sue on behalf of the government for false claims and to share in any recovery.  The Act also allows the government to intervene and take over the action, as it did in this case.  Minburn and Mr. Colangelo will receive approximately $1.4 million.