Government Contracts attorneys have long advised clients to be wary of executing contact modifications containing broad release language.  In such situations, a simple modification extending the contract schedule or addressing a specific item of work can result in the government later taking the position that by executing the modification the contractor intended to release all related claims, no matter how tenuous the connection between the subject of the modification and the later claims.

A recent case from the Court of Federal Claims stands as a good reminder to contractors not to let their guard down when executing modifications with the government.  On September 23, 2019, the court issued a decision in Meridian Engineering Company v. The United States, No. 11-492C, in which it clarified the law surrounding the scope of releases and the doctrine of accord and satisfaction. 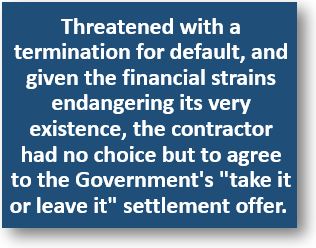 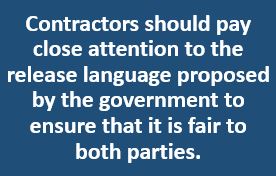