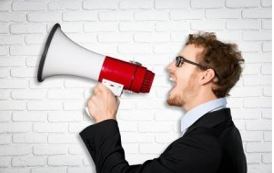 Many contractors are familiar with the well-established processes of federal bid protests.  Less known is the dizzying variety of procedures applicable to state and local bid protests.  Each jurisdiction has its own rules — in terms of timing, protestable issues, standard of review, document production, and more.  A fundamental tenet in one jurisdiction may be completely inapplicable in another.

What does that mean for a contractor looking to grow its state and local business?

Be prepared:  Become familiar with the rules and practices for bid protests in the relevant jurisdiction prior to the award decision.  When the award decision is made, you’ll be in a better position to assess whether to protest and, if so, when and how to do it.

Keep reading this article at: https://www.insidegovernmentcontracts.com/2019/04/the-topsy-turvy-world-of-state-and-local-bid-protests/ 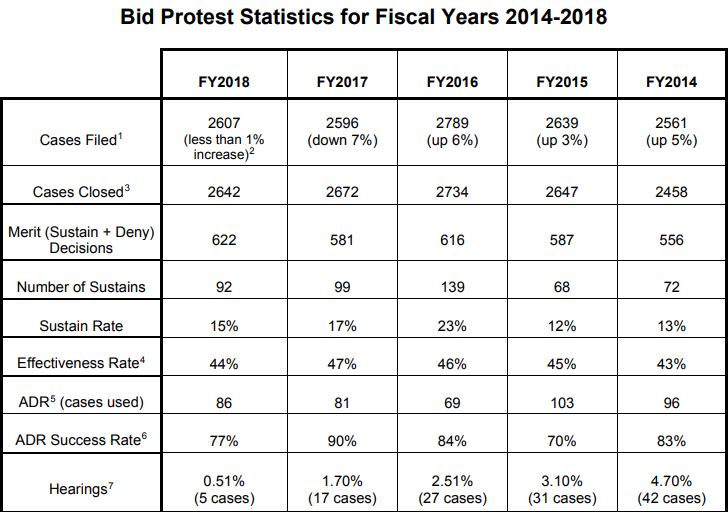 The Defense Department is proposing legislation to impose new constraints on government contractors’ ability to protest federal agencies’ award decisions, including by rolling back their rights to file bid protests in federal court.

Currently, companies who believe an agency mishandled a contract award have two independent forums to file protests: the Government Accountability Office and the U.S. Court of Federal Claims (COFC). But some firms opt to take their cases to both.

If, for example, GAO denies or dismisses their protest, they still have the right to file a new claim at the COFC.

DoD’s proposal would essentially eliminate that option by requiring contractors to bring cases to COFC within 10 days of the agency’s award decision: the same deadline used by GAO. Since GAO has up to 100 days to sustain or deny a protest, a company could not wait and use the court as a backstop if it loses its case at GAO.

Keep reading this article at: https://federalnewsradio.com/defense-main/2018/05/pentagon-seeks-to-limit-bid-protests-in-federal-court/

Vendors that don’t like the results of a contract award will have to go online to take up their beef up with the Government Accountability Office (GAO) starting next month.

GAO on Thursday announced its plans to launch the electronic bid protest docketing system, a web portal where groups can securely file protests to federal contract awards. Vendors will be required to submit all new protests through EPDS beginning May 1.

“This new system modernizes the bid protest process at GAO and will make it a much more efficient process,” said Comptroller General Gene Dodaro, who heads the congressional watchdog agency, in a statement.

Keep reading this article at: http://www.nextgov.com/it-modernization/2018/04/all-bid-protests-must-be-submitted-online-starting-may/147257/

The National Defense Authorization Act (NDAA) for fiscal year 2018 includes some significant changes affecting contractors, particularly with regard to challenges to requests for proposals and contract awards, otherwise known as “bid protests.”

The key bid protest changes in the new NDAA are: the introduction of a new pilot program under which large defense contractors will be required to pay the Defense Department’s costs where a protest is denied; and the enhancement of post-award debriefing rights.

While Congress passed the former with the intent of reducing frivolous protests, it is likely the latter — which will give contractors greater insight into the rationale behind procurement decisions — that will have a greater impact on the number of protests filed.

Section 827 of the act requires that the department establish and implement a three-year pilot program under which “large” defense contractors will be required to reimburse the department for “costs incurred in processing covered protests” for protests “denied in an opinion” by the Government Accountability Office.

Keep reading this article at: http://www.nationaldefensemagazine.org/articles/2018/3/6/contractors-face-changes-to-bid-protest-strategies 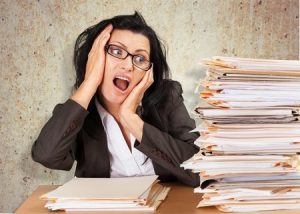 Submitting the winning bid is an exhilarating feeling, dimmed only by the following days, as the offeror waits to hear if others may file a protest.

Once a protest is filed, offerors options are limited.

One option that is available to offerors, but often ignored is the right to hire qualified counsel to represent their interests.  Government contract attorneys are in a unique position, in that, while they are ethically obligated to protect their client’s interests, they are prohibited from discussing certain information with their clients.  This frustrates offerors, and limits an attorney’s opportunities to provide valuable information about how things might have been different, had the offeror only done something different.

Keep reading this article at: https://www.bidprotestweekly.com/five-factors-for-proposal-evaluation-creating-bids-that-will-survive-a-protest/

The number of bid protests filed by contractors declined in fiscal 2017 after increasing each year since fiscal 2013.

Contractors filed 2,596 bid protests in fiscal 2017, down 7 percent from a record 2,789 protest cases filed last year, according to a Government Accountability Office report. GAO adjudicates the vast majority of protests.

While the number of protests decreased, the effectiveness of protests filed increased one point, to 47 percent, according to GAO data. This indicates that contractors filing protests in fiscal 2017 obtained some form of relief from the agency—either as a result of an agency’s corrective action or GAO sustaining the protest—at a higher clip than in any of the previous five years.

There is no question that procurement regulations give agencies significant discretion at every step of the procurement process, and protesters often have a hard row to hoe to overcome the agency’s exercise of that discretion.

However, agencies often make that task easier by failing to provide full and logical explanations of their decisions that show they have considered all the relevant facts in light of the competing goals of the procurement system, not just the agency’s objective.

The following cases from August illustrate this point.

Keep reading this article at: http://www.mondaq.com/article.asp?articleid=629184

Every government contractor that files a bid protest has the same goal in mind – corrective action.  The agency made a procurement error and changes need to be made.

But just because the agency takes corrective action does not mean it will be the corrective action your firm wants.  Contractors should take the time to consider the possible outcomes of a successful bid protest before filing.

Take, for example, the recent U.S. Court of Federal Appeals decision denying a protest over corrective action.  In that case, an unsuccessful offeror successfully protested a United States Transportation Command non-temporary storage contract.  In response to the protest, the agency took corrective action and started the process of re-evaluating all offerors in order to make a new award decision.

But this was not the corrective action the protestor expected.  Because the protest argued that the original awardee’s proposal was technically deficient, the protestor wanted the government to cancel the first award and make a new award decision (in its favor) without further evaluation.

The Court rejected the idea that a protester can limit the agency’s authority to correct evaluation errors.  To the contrary, the decision holds that it is within the agency’s discretion to review its prior conclusions and conduct a re-evaluation (provided that the new evaluation conforms to the solicitation and is fair to all offerors).

So is the takeaway that your firm shouldn’t file a protest unless it knows it will receive the award?

Keep reading this article at: http://www.mondaq.com/article.asp?articleid=531868