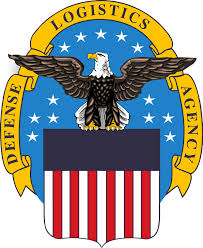 The Defense Department’s management and auditing sub-agencies need to clarify their roles and improve the timeliness of their examinations of contractor accounting, estimating and purchasing systems, a watchdog found.

“DoD currently lacks a mechanism based on relevant and reliable information, such as the number of [contractor business system] reviews that are outstanding, the risk level assigned to those systems, and the resources available to conduct such reviews,” the Government Accountability Office wrote in a report released on February 8th.

Keep reading this article at: https://www.govexec.com/defense/2019/02/pentagon-auditors-advised-better-monitor-contractor-business-systems/154758/

The Pentagon took the next step in bidding out its Defense Enterprise Office Solutions contract Friday, Feb. 1st, releasing a draft request for quotations for an enterprise cloud service offering likely worth several billion dollars.

The draft solicitation indicates DEOS will be a single-award firm-fixed-price blanket purchase agreement, with a 5-year base period with two 2-year options and a 1-year option—a potential 10-year total period of performance.

Keep reading this article at: https://www.nextgov.com/it-modernization/2019/02/draft-solicitation-multibillion-deos-contract-released/154595/ 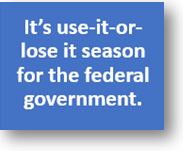 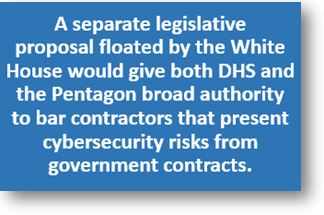 The Pentagon is considering offering a broad bug bounty contract that would accommodate a variety of different bounty models on either short-term or continuous timeframes, according to contracting documents released earlier this month.

The move comes after two years during which the Defense Department and military services have launched five high-profile bug bounties targeting the Pentagon, Air Force, Army and the department’s travel booking system.

Bug bounties are contests in which ethical hackers are offered cash rewards for finding hackable vulnerabilities in websites, apps and other software. So far, the Pentagon and military services have paid out more than $400,000 for valid bug reports.

Keep reading this article at: https://www.nextgov.com/cybersecurity/2018/05/pentagon-planning-another-bug-bounty-contract/148292/

The Defense Department is proposing legislation to impose new constraints on government contractors’ ability to protest federal agencies’ award decisions, including by rolling back their rights to file bid protests in federal court.

Currently, companies who believe an agency mishandled a contract award have two independent forums to file protests: the Government Accountability Office and the U.S. Court of Federal Claims (COFC). But some firms opt to take their cases to both.

If, for example, GAO denies or dismisses their protest, they still have the right to file a new claim at the COFC.

DoD’s proposal would essentially eliminate that option by requiring contractors to bring cases to COFC within 10 days of the agency’s award decision: the same deadline used by GAO. Since GAO has up to 100 days to sustain or deny a protest, a company could not wait and use the court as a backstop if it loses its case at GAO.

Keep reading this article at: https://federalnewsradio.com/defense-main/2018/05/pentagon-seeks-to-limit-bid-protests-in-federal-court/

The Defense Department plans to issue a single award for a commercial cloud computing contract that some analysts believe could be worth as much as $10 billion over the next 10 years.

Pentagon officials released a draft request for proposal last week that coincided with an industry day regarding the Joint Enterprise Defense Infrastructure cloud procurement, an effort that began in September.

Companies have until March 21 to submit feedback as they position themselves to compete on what is assuredly an aggressive acquisition timeline. Pentagon officials said they plan to post the final solicitation in May before awarding a single indefinite-delivery, indefinite-quantity contract in September.

Keep reading this article at: http://www.nextgov.com/it-modernization/2018/03/pentagons-commercial-cloud-will-be-single-awardand-industry-isnt-happy/146482/

The Pentagon has steadily been pushing milestone authority for major defense programs to the individual military services, but shifting personnel down from the Office of the Secretary of Defense will take longer.

At a Dec. 7 hearing of the Senate Armed Services Committee, Ellen Lord, undersecretary of defense for acquisition, logistics and technology, or AT&L, said her intention is to continue to hand off the day-to-day running of programs to the services, preferring her office serve as a kind of high-level group providing overall guidance.

“AT&L needs to be the strategic body with focus across the board, driving affordability and accountability, reducing timelines, and equipping the Services to execute their programs,” Lord said in prepared testimony, adding that the Defense Department awards an average of 1,800 new contracts a day and 36,000 delivery/task orders a day.

Keep reading this article at: https://www.federaltimes.com/pentagon/2017/12/11/policy-shift-dod-is-pushing-major-program-management-back-to-the-military/