The General Services Administration released a draft request for proposal July 2 for its Commercial Platform Initiative, or CPI, a governmentwide e-commerce program that could offer companies like Amazon.com Inc. the chance to run online marketplaces through which agencies spend as much as $6 billion a year.

Under the CPI, vendors will compete to establish e-commerce platforms that federal contracting officers can use to buy everyday items with their government purchase cards.  GSA will select multiple vendors to participate in a 12-month pilot program that would inform the larger governmentwide effort, according to the solicitation.  After the initial 12 months, the government has the choice to extend the contract for four option years.

“An exciting opportunity lies ahead to create not only a modernized buying experience but also reduce the burden for agency partners and suppliers alike,” said GSA deputy assistant commissioner Laura Stanton.  “We are looking to leverage business-to-business terms whenever practicable, to allow for streamlined buying while obtaining a more transparent and centralized view of this type of government-wide spend.” 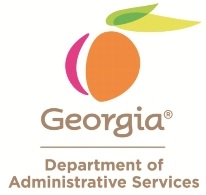 The contract number is 99999-001-SPD0000122.  This is a “convenience contract” and is available for use by all State, City & County public entities within the State of Georgia. The contract term is from July 1, 2015 through June 30, 2025. Users of this contract may purchase using their P-Cards.

Questions may be submitted to the issuing officer, Billy Gilbert, at billy.gilbert@doas.ga.gov or 404-657-4277.

Federal agencies collectively have spent at least $20 million in small purchases just this year.  This purchasing activity occurs “under the radar” with little or no public accountability on government credit cards (“Pcards”).  Many of these purchases are questionable, such as the recent revelation that one agency used those cards to buy $30,000 in Starbucks Coffee drinks and products in one year.

Those are among the findings of the local television affiliate of NBC News in Washington, DC in connection with records obtained via the Freedom of Information Act.

The News4 I-Team reported that “the purchases, known among federal employees as ‘micropurchases,’ are made by some of the thousands of agency employees who are issued taxpayer-funded purchase cards. The purchases, in most cases, remain confidential and are not publicly disclosed by the agencies.”    Micropurchases are transactions less than $3,000.

Reasons for not making public their micropurchase records ranged from claims that there are no rules making such purchasing public to not having records in a centralized database.

The complete news report can be seen at: http://www.nbcwashington.com/investigations/Federal-Government-Made-20-Billion-in-Secret-Purchases-in-Recent-Months-280997562.html.

Continuing its push to support small businesses, the White House is reminding agency financial and acquisition officers not to forget small firms when they make credit card micro purchases of $3,000 or less, which are not affected by larger scale required set-asides.

A Dec. 19 letter from Dan Gordon, the departing administrator of the Office of Federal Procurement Policy, and Danny Werfel, controller, said the Office of Management and Budget and the Small Business Administration are “working with agencies to improve access by small businesses to the federal marketplace and to increase communications to small businesses about federal business opportunities.” Agency purchase cardholders “should consider small businesses, to the maximum extent practicable, when making micro purchases.”

According to a private study required by Congress, agencies used the General Services Administration’s SmartPay® purchase cards in fiscal 2010 for $6 billion in transactions with small businesses at or below the micro purchase threshold. This amounts to about 30 percent of the total annual government purchase card spending, the letter stated.