The recent decision in CVE Appeal of Valor Construction, Inc, SBA No CVE-121-A (June 3, 2019) provides a useful reminder to contractors regarding the difference between unconditional ownership and unconditional control, and the importance of assessing both when analyzing service-disabled veteran owned small business (“SDVOSB”) eligibility.  Specifically, the decision in Valor – which was issued by the Small Business Administration’s (“SBA”) Office of Hearings and Appeals (“OHA”) – demonstrates that an individual’s majority ownership of a SDVOSB, alone, does not vest that individual with unconditional control over the SDVOSB.  The Valor decision further reflects how the revised control regulations may cause eligibility problems for contractors.  Avoiding these pitfalls requires some background knowledge regarding the dual SDVOSB programs and the revision of the applicable regulations, a thorough understanding of the revised regulations themselves, and an awareness of the most common eligibility problems that contractors can face under these regulations.

It is far more difficult, however, for minority owners that own less than 50 percent of a concern’s voting stock to determine what, if any, controls they can have over a small government contractor without jeopardizing their small business status.

The Small Business Administration (SBA) has long held that minority owners may have negative controls to protect their investment without creating affiliation as long as the negative controls do not create control over day-to-day business operations.

In recent cases, SBA’s Office of Hearings and Appeals (OHA) has further clarified what specific arrangements may comply with that rule.

Generally, a minority owner will be found to control a concern if it can veto or block important business actions.

Keep reading this article at: http://www.mondaq.com/article.asp?articleid=759238

HUBZone companies owned by U.S. citizens will no longer be required to demonstrate that the ownership is “direct.”

The SBA’s HUBZone program rules have long required that a HUBZone company owned by U.S. citizens be at least 51% directly owned by those citizens – as opposed to allowing the qualifying citizens to own those interests through legal vehicles like holding companies.  But the SBA has had second thoughts, and effective May 25, 2018, the direct ownership requirement will be eliminated.

In a direct final rule issued on March 26, the SBA writes that “[d]irect ownership is not statutorily mandated” by the portion of the Small Business Act governing the HUBZone program.  The SBA has concluded that “the purposes of the HUBZone program – capital infusion in underutilized geographic areas and employment of individuals living in those areas – may be achieved whether ownership by U.S. citizens is direct or indirect.”

Veteran-owned small businesses have long grappled with seemingly benign drafting inconsistencies between Small Business Administration (SBA) and Department of Veterans Affairs (VA) regulations that can leave a business qualified as a Service-Disabled Veteran-Owned Small Business (SDVOSB) by VA standards, but not at the SBA (or vice versa).

One such puzzler is the requirement for unconditional ownership by a service-disabled veteran, a requirement that is common to both SBA and the VA, but for which the VA provides a substantially more detailed definition.

This additional detail has created some conflicting results, which is not helped by divergent interpretations of unconditional at SBA and the Court of Federal Claims, all of which has left many a veteran business owner (and more than a few legal practitioners) scratching their heads.

Keep reading this article at: http://www.mondaq.com/article.asp?articleid=655422 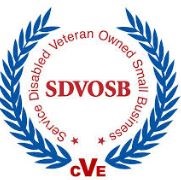 You’ve served your country with pride.  Now, as a government contractor, it’s only fair that you get your piece of the pie.

Keep reading this article at: http://smallgovcon.com/five-things/sdvosbs-and-vosbs/ 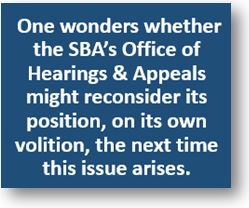 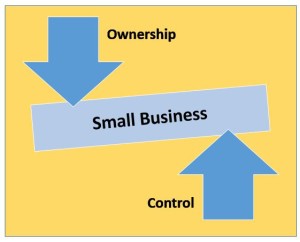 A self-certified woman-owned small business was ineligible for a WOSB set-aside contract because the woman owner’s husband held the company’s highest officer position and appeared to manage its day-to-day operations.

A recent SBA Office of Hearings and Appeals decision highlights the importance of ensuring that a woman be responsible for managing the day-to-day business of a WOSB–and that the woman’s role be reflected both in the corporate paperwork and in practice.

OHA’s decision in Yard Masters, Inc., SBA No. WOSB-109 (2017) involved an Army solicitation for grounds maintenance services.  The solicitation was issued as a WOSB set-aside under NAICS code 561730 (Landscaping Services), with a corresponding $7 million size standard.

Keep reading this article at: http://smallgovcon.com/women-owned-small-business-program/wosb-program-company-ineligible-because-husband-managed-business/

Virginia-based contractor ADS Inc. and its subsidiaries have agreed to pay $16 million to settle allegations that they violated the False Claims Act by knowingly conspiring with and causing purported small businesses to submit false claims for payment in connection with fraudulently obtained small business contracts, the Department of Justice announced last week.

The settlement also resolves allegations that ADS engaged in improper bid rigging relating to certain of the fraudulently obtained contracts. The settlement with ADS ranks as one of the largest recoveries involving alleged fraud in connection with small business contracting eligibility.

In order to qualify as a small business, companies must meet defined eligibility criteria, including requirements concerning size, ownership, and operational control.  The settlement with ADS resolves allegations that ADS, together with several purported small businesses that it controlled, fraudulently induced the government to award certain small business set-aside contracts by misrepresenting eligibility requirements. The purported small businesses affiliated with ADS include Mythics Inc., London Bridge Trading Co. Ltd., as well as MJL Enterprises LLC, which falsely claimed to be an eligible service-disabled veteran-owned company, and SEK Solutions LLC and Karda Systems LLC, both of which falsely claimed to qualify as socially or economically disadvantaged businesses under the Small Business Administration’s 8(a) Business Development Program. ADS and its affiliates allegedly concealed the companies’ affiliations with ADS and knowingly made misrepresentations concerning the size of the businesses and their eligibility as service-disabled or 8(a) qualified businesses. Finally, the settlement resolves allegations that ADS engaged in illegal bid rigging schemes that inflated or distorted prices charged to the government under certain contracts.

The settlement with ADS resolves a lawsuit filed under the whistleblower provision of the False Claims Act, which permits private parties to file suit on behalf of the United States for false claims and share in a portion of the government’s recovery. The civil lawsuit was filed in federal district court in the District of Columbia by Ameliorate Partners LLP. As part of today’s resolution, the whistleblower will receive approximately $2.9 million.

The settlement is the result of a coordinated effort among the Civil Division’s Commercial Litigation Branch, the U.S. Attorneys’ Offices for the District of Columbia and the Eastern District of Virginia, the Small Business Administration’s Office of Inspector General, and the General Services Administration’s Office of Inspector General.  The claims resolved by the settlement are allegations only, and there has been no determination of liability.