Contract review is one of the most onerous (and important) processes in any due diligence process when buying or selling a company.  We all know that those contracts are the backbone of many businesses- they document the relationships and operations of the business and are often the value of what a buyer is purchasing.  This review process can get complicated when the selling entity has government contracts that may be governed by special rules known as the Federal Acquisition Regulations System (“FAR”).  The FAR was established to set forth uniform policies and procedures for acquisition by all executive branch agencies.

Individual agency acquisition regulations may implement or supplement FAR, in addition to internal agency guidance.  For example, the Department of Defense has certain certification requirements in order to establish security clearance for defense contracts.  FAR reminds contractors that the government is acting on behalf of the American taxpayer in procuring goods and services for government agencies, and the individual contract officers act on behalf of the government to ensure that each contract benefits the government.

Buyers, sellers, and their advisors should address government contracts as early in the diligence process as possible in order to expedite any required changes which might delay closing.

Listen to the Podcast at:  https://federalnewsnetwork.com/amtower-off-center/2021/04/creating-opportunities-for-small-businesses/

Over the weekend, defense contractor Raytheon and aerospace company United Technologies announced that they plan to merge.  They’re calling it a “merger of equals,” an all-stock deal that would result in a new company, Raytheon Technologies.

If the deal makes it past regulators, the $100 billion company would become the second-largest aerospace and defense company in the U.S., behind Boeing.  The companies say the proposed merger’s important for them to keep their balance in shifting markets.  “They’re looking at it, in this acquisition, truly as a long-term view that this combined company will be able to ride the ups and downs of the markets,” said Doug Gates, head of aerospace and defense for KPMG. 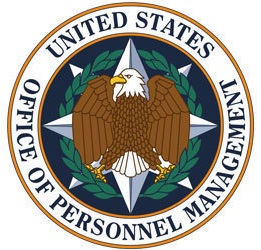 Nearly a year after the Trump administration announced its proposal to send the bulk of the Office of Personnel Management’s functions to the General Services Administration, acting OPM Director Margaret Weichert said Tuesday that she will be submitting proposed legislation to Congress authorizing the merger “hopefully by Friday.”

Speaking with reporters, Weichert said that the legislation would transfer the legal authorities currently provided to OPM to an as-yet unnamed office within GSA, akin to its existing Federal Acquisition and Public Buildings services.  Additionally, the bill would create a small policy-focused personnel office within the Executive Office of the President, modeled after the Office of Federal Procurement Policy. 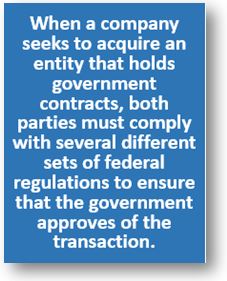 The pace at which government contractors are engaging in mergers & acquisitions has increased notably in recent years, as a stream of recent stories in the Washington Post and New York Times have reported.

In the past few months alone, several multi-billion-dollar acquisitions within the government contracts sector have been announced. For example, in September 2017, Northrup Grumman announced it would acquire Orbital ATK, a rocket and defense contractor. Orbital will bring new capabilities to Northrup’s portfolio, including a missile defense business line and the ability to launch rockets that carry satellites into space. The deal, worth $7.8 billion, will also allow Northrup to bolster its existing satellite capabilities.

Keep reading this article at: http://www.mondaq.com/article.asp?articleid=635270