The indictment names two individuals, Brian L. Ganos and Mark F. Spindler, both of Wisconsin, and the business Sonag Company, Inc. as defendants.  In a related case, Nicholas Rivecca, Sr., also of Wisconsin, agreed to plead guilty to conspiring to defraud the United States.

The indicted defendants are charged with a conspiracy to commit mail fraud and wire fraud.  The alleged conspiracy involves operating construction companies with straw owners who qualified as a disadvantaged individual or as a service-disabled veteran, but who did not actually control the companies.  The conspirators then fraudulently obtained small business program certifications to win government-funded contracts to which they were not entitled.

The federal indictment alleges that the defendants used their certifications to obtain over $200 million in federal, state, and local contract payments.  These included federal construction contracts that were set aside for Small Disadvantaged Businesses or Service-Disabled Veteran-Owned Small Businesses.  The indictment also alleges that the scheme included using Nuvo’s DBE certification to win ready-mix concrete contracts based on the false representation that Nuvo provided ready-mix concrete independently when, in truth, Nuvo’s concrete operations depended heavily on Sonag Ready Mix.  As a part owner of Sonag Ready Mix, Nicholas Rivecca, Sr. agreed to plead guilty to that portion of the scheme.

The government alleges that the conspirators engaged in efforts to conceal the scheme and obstruct investigations into the matter; when interviewed, Ganos and Spindler each gave materially false statements to federal agents.

The indictment also alleges that Ganos conspired with Sonag Company, Inc. and others to launder proceeds of the fraud scheme in order to disguise and conceal the nature, source, and location of those fraud proceeds.  As a part of that conspiracy, Ganos is alleged to have transferred fraud proceeds from accounts of Nuvo and C3T to accounts that Ganos controlled.  The indictment further charged Ganos with three counts of concealment money laundering transactions, one of which involved the purchase of a Corvette with proceeds of the fraud scheme, and seven counts of spending money laundering transactions.

Assets of the defendants — including real property, a 2014 Chevrolet Corvette Stingray Convertible, and more than $2.2 million seized from two bank accounts — are subject to civil forfeiture actions filed by the federal government.

An indictment is only a charge and not evidence of guilt. The defendants are presumed innocent and are entitled to a fair trial at which the government must prove guilt beyond a reasonable doubt.

The owner of three fraudulent commercial supply companies has pled guilty to cheating approximately 40 subcontractors out of more than $1 million.

From February 2010 through August 2015, Keith B. Fisher Sr. of Philadelphia used FedBid.com to submit quotes and offers for his companies KLA International Inc., Quad Trade Services Inc. and TCI Technologies. After winning federal contracts, Fisher and his associates would subcontract third-party vendors to provide goods to government agencies with the intention to not pay or only pay nominal amounts to the 40 victim vendors. 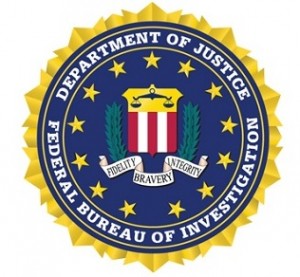