Defense contractors may soon face changes to their rights in computer software and technical data.

The U.S. Department of Defense (DoD) has proposed revisions to the Defense Federal Acquisition Regulation Supplement (DFARS) designed to shift intellectual property rights terms from the current standard to terms that are more individualized by contract – resulting in ownership and license rights that are more favorable to the government and less favorable to contractors.  Among other changes, the new rules will require contractors to assign a monetary value to their technical data and computer software in proposals.  The new rules also will encourage the government to negotiate for special license rights.

These proposed revisions, DFARS Case 2018-D071 and Case 2018-D018 (collectively referred to as the DFARS Cases) will revise the DFARS to comply with sections of the National Defense Authorization Act (NDAA) for Fiscal Year (FY) 2018.  In their current form, however, the revisions address a wide range of changes that extend beyond the requirements of NDAA FY 2018.  Contractors should begin to plan now for the implementation of the new rules.

Under the New Policy, a Company now has 20 years, from the date of award of an SBIR or STTR funding agreement, of certain Data Rights protections.  During this time, the government only has limited rights in its use of the Data or Computer Software.  The major right is that the government has the ability to properly evaluate the technology.  After the protection period, rather than obtaining Unlimited Rights under the old policy, the government now only obtains Government Purpose Rights to the Data and Computer Software.  However, there are nuances associated with the data rights.

Continue reading at:  Snell and Wilmer 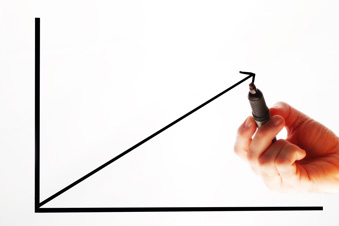 Calendar 2016 is in full swing and the fiscal year is nearly a third of the way through, but it’s not too late for government contractors to get ahead of the new year.

Recently, the Washington law firm Crowell & Moring hosted a webinar on topics ranging from acquisitions to intellectual property rights. Here’s a look at some of what contractors should keep their eyes on and ears turned to in 2016:

Keep reading this article at: http://federalnewsradio.com/industryassociations/2016/01/5-things-contractors-care-2016/

Tensions are brewing in the defense contracting business over government efforts to secure rights to manufacturers’ intellectual property. The clash pits military buyers who want to break up suppliers’ monopolies against companies whose livelihood depends on keeping tight control over their designs.

With the Defense Department under pressure to slash costs as budgets shrink, officials are targeting weapons programs for potential savings. They are particularly keen on reducing the cost of weapons maintenance and production by opening up the market to new competitors.

To do that in a market that is dominated by single-source manufacturers, the Defense Department needs what is known as “rights in technical data.” When the Pentagon buys a weapon system, it retains unlimited rights to the data if the item was designed with government funds. But when a product is financed by a private company, the firm keeps full control of the intellectual property and the government is simply a buyer.

Except in limited circumstances, contracting officials cannot disclose a private company’s proprietary data outside the government.

As the Pentagon in recent decades has become more dependent on the private sector for high-tech equipment, it now realizes that many of the existing arrangements restrict the government from seeking competing bids for maintenance or production of that equipment unless the manufacturers grant data rights. For most suppliers, that equates to killing the goose that lays the golden eggs.

Keep reading this article at: http://www.nationaldefensemagazine.org/archive/2014/January/Pages/DoDClashesWithSuppliersOverDataRights.aspx

“The implications of DoD procuring counterfeit goods are negative and obvious,” said Victoria Espinel, the U.S. intellectual property enforcement coordinator at the Office of Management and Budget. “Our understanding is that this is a problem that a number of our agencies are struggling with.”

Espinel made her comments at an event hosted by the nonpartisan Information Technology and Innovation Foundation, before the start of a panel discussion on strengthening enforcement of IP rights in countries that systematically extort intellectual property. Congress created the IP coordinator position in 2008, to respond to concerns that government agencies responsible for protecting intellectual property were not coordinating.

This summer, the White House issued a joint strategic plan to combat IP theft that called for establishing a governmentwide working group to study how to reduce the risk of agencies procuring counterfeit parts. The framework stated the task force should include representatives from the National Security Council, Defense, NASA, General Services Administration, Commerce Department, Small Business Administration and Homeland Security Department.

A January 2010 Commerce survey found that nearly 40 percent of entities across the procurement supply chain discovered counterfeit electronics between 2005 and 2008. The semiconductor industry has aired concerns that counterfeit chips mislabeled as military-grade can lead to fatal malfunction in military and aerospace parts, according to the White House’s strategic plan.

On Tuesday, Espinel observed the IP problem is one issue where there is consensus in Congress. “I feel very lucky to be working in an area where there is great bipartisan support,” she said. Democratic Sens. Tom Carper of Delaware and Sherrod Brown of Ohio in an Aug. 6 letter to Ashton B. Carter, undersecretary of Defense for acquisition, technology and logistics, expressed fear about the potential for counterfeit parts to delay military missions and seriously affect the integrity of weapons systems.

The senators’ letter referenced the Commerce study and a March Government Accountability Office report that found Defense did not have specific procedures for detecting and preventing counterfeit parts from infiltrating the supply chain.

China, the country most frequently identified as the source of counterfeit items, should be treated with “a carrot-and-stick approach,” Espinel said. “China is both an economically sensitive issue and a political sensitive issue.”