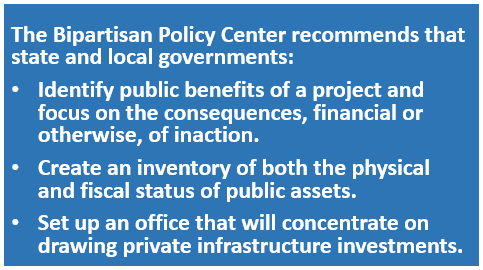 The construction industry should get a substantial lift in coming months, thanks to a newly enacted $1.14-trillion government-wide fiscal year 2016 spending measure that boosts most major federal construction accounts, with General Services Administration (GSA) and Dept. of Veterans Affairs (VA) programs scoring exceptional increases. But there were some funding cuts, such as in Environmental Protection Agency (EPA) water infrastructure, which was pared slightly.

The giant appropriations bill was part of a package that also included extensions for a long list of tax incentives for individuals and businesses, including construction firms, with some items extended permanently. The “extenders” bill would cost the Treasury $622 billion over 10 years, the congressional Joint Committee on Taxation estimates.

Keep reading this article at: http://www.enr.com/articles/38435-house-passes-spending-bill-with-big-gains-for-construction

The recently approved highway bill that was passed by lawmakers will create $13 billion in economic activity related to construction equipment and generate 4,000 jobs at equipment dealerships, according to a new study released by the Associated Equipment Distributors (AED).

The Oak Brook, Ill.-based group said Wednesday the new $305 billion highway bill will stimulate approximately 6.4 cents in growth the equipment industry for every dollar that is spending on infrastructure.

“The new analysis clearly illustrates what AED told lawmakers for almost a decade: restoring certainty to the federal highway program will yield positive economic benefits for equipment distributors, manufacturers and their employees,” AED President Brian McGuire said in a statement.

“Equipment distributors were decimated during the recession and recovery has been slow due to volatility surrounding federal infrastructure programs,” McGuire continued. “The FAST Act will revive the industry, create jobs, and lay the groundwork for solid economic growth.”

The 1,300-page bill, paid for with gas tax revenue and a package of $70 billion in offsets from other areas of the federal budget, is the first multi-year highway funding measure approved by lawmakers in a decade.

Keep reading this article at: http://thehill.com/policy/transportation/262678-study-highway-bill-will-generate-13b-for-equipment-industry