The value of federal government contracts with temporary help service agencies has more than doubled under the Trump administration, according to a new report.

The study by the National Employment Law Project, a nonprofit that advocates worker rights, found the government spent $1.7 billion on the contracts in 2018, five times the amount it spent in 2008.  The largest increase came in the past two years — from $812 million in 2016 to $1.7 billion in 2018. 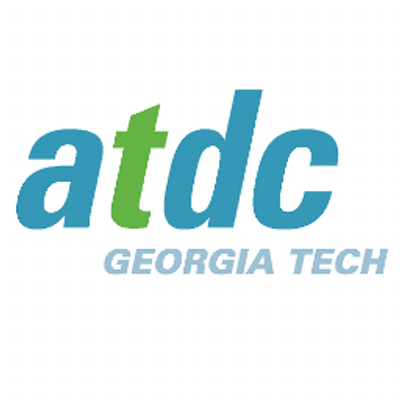 Georgia Tech’s  Advanced Technology Development Center (ATDC), the longest-running state-sponsored startup incubator in the country, has been chosen as one of eight stops on a national “Startup Day” tour for federal health officials to connect with tech startups.

The ATDC Federal Healthcare Innovation Summit, which will be held September 12, will allow entrepreneurs and technologists to connect with representatives from the U.S. Department of Health and Human Services (HSS), the Food and Drug Administration (FDA), the Centers for Disease Control and Prevention (CDC), the National Institutes of Health (NIH), the Centers for Medicare and Medicaid Services and the Office of the National Coordinator for Health Information Technology.

The federal government spends more on healthcare than any other single entity in the country, about 28.3 percent of the total national health expenditure in 2016. That’s compared to 28.1 percent spent by individual households, 19.9 percent by private businesses and 16.9 percent by state or local government. Those hundreds of billions present a massive market opportunity for startups to make operations more efficient and streamlined with new technologies.

The capstone of the Federal Healthcare Innovation Summit will be a “Shark Tank”-type pitch event where startups can share their products and services with HHS officials, including the agency’s Chief Technology officer Edward Simcox, for feedback.

The Summit, to be held from 9:00 am to 3:00 pm, requires preregistration.  You can register for the event here: https://www.eventbrite.com/e/atdcs-federal-healthcare-innovation-summit-tickets-49397520313

With the rampant merger and acqusition activity in the market, the conventional wisdom might say that the defense industry will be dominated by a few mega-players.

But not so says a new study from the Center for Strategic and International Studies.

“There is little evidence in the data that the defense industry is consolidating into an oligopoly dominated by a small number of incumbent firms,” the center’s Defense Industrial Initiatives Group wrote in a report released on May 6. The report analyzed DOD’s contract spending and its supplier base.

In fact, the report states, contractors have been coming and going throughout in the past decade, despite the fact that the top five defense contractors retained their position from 1999 to 2009.

“There were dynamic changes in the composition of the top 20 contractors in the industry” during the past decade, the report said.

However, another expert said it can be misleading to analyze the market by looking at a list of leading contractors. Instead, the true makeup of the market emerges by digging into specific types of goods and services. he said. The trends in competition and contractors emerge when looking at the number of companies capable of handling projects such as building unmanned aerial vehicles or surveillance satellites.

“Gross tabulations like ranking lists have never been effective predictors of the erosion happening to the defense industrial base,” said Bruce Williamson, an economist at the National Defense Business Institute at the University of Tennessee in Knoxville.

Either way, defense officials are concerned about the consolidation of companies.

“The department [DOD] is very conscious that the top tiers of the defense industry have already consolidated significantly,” Frank Kendall, principal deputy undersecretary of defense for acquisition, technology, and logistics, told the Senate Armed Services Committee on Emerging Threats and Capabilities Subcommittee on May 3.

And officials are predicting more merger and acquisition activity.

“We do expect some increased activity at the middle and lower tiers — activity that we will monitor closely,” Kendall said.

In further studying procurement data, CSIS found heath care companies rose closer to the top of DOD’s suppliers with the strong overall services contracts and energy companies and ground vehicle producers grew in the products side.

The services sector was the fastest growing sector, and the list of contractors changed significantly from 1999 to 2009.

“This indicates that there is a healthy circulation of contractors in and out of the top positions by value of contracts awarded,” the report states.

About the Author: Matthew Weigelt is acquisition editor for Federal Computer Week. This article appeared 5/6/2011 at http://washingtontechnology.com/articles/2011/05/06/csis-defense-industrial-base-market-changes.aspx?s=wtdaily_090511