The industrial sector has experienced the lowest vacancy rates in 16 years, according to JLL. The company also found that 18% of Q3 2016 leases were for newly built space, an encouraging metric for the construction industry.

E-commerce has driven a significant portion of the warehouse/distribution component of the market, a phenomenon that is part of the “Amazon effect,” which refers to the internet giant’s impact on pretty much everything to do with warehousing, ordering and shipping merchandise in the age of the internet, according to Kent Newsom, executive vice president of Ridge Development at Transwestern.

“Retailers are trying to figure out how to adjust to it,” Newsom said. In the Dallas metro area, he said, Amazon alone has approximately 4 million square feet of warehouse and distribution space.

Keep reading this article at: http://www.constructiondive.com/news/from-concept-to-closeout-what-contractors-need-to-know-about-the-manufactu/445325/ 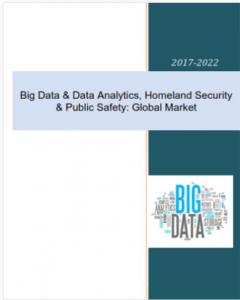 A new report from Research & Markets forecasts that the big data and data analytics industry will continue to grow with increased use from the Department of Homeland Security, public safety organizations and intelligence agencies.

The “Big Data & Data Analytics, Homeland Security & Public Safety: Global Market 2017-2022” report predicts that the big data and data analytics industry will reach $11 billion in revenue by 2022. The report forecasts a seven-year compound annual growth rate of 17.5 percent from 2015 to 2022, according to Business Wire.

With an increasingly digital world, the use of big data within the public safety and intelligence spheres has been on the rise, creating opportunities for industry growth. From data collection and storage to intelligence processing, exploitation, dissemination and analysis.

Keep reading this article at: http://www.federaltimes.com/articles/report-homeland-security-intel-agencies-to-spend-big-on-big-data 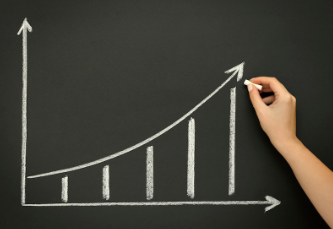 There is plenty of good news in Deltek’s latest Clarity survey of the government contracting industry, including reported increases in profits and growth, the first time both have increased in the same year.

Net profits are expected to be in the 10 percent range in the coming year and growth rates should hit 11 percent, according to the survey results. Both are up from last year’s results. The Clarity report is based on a 100-quesiton survey taken by 583 people in the government market.

In addition to increases in profits and growth, respondents to Deltek’s survey see four other major trends:

Keep reading this article at: https://washingtontechnology.com/blogs/editors-notebook/2016/05/deltek-clarity-report-results.aspx

What is Emerging Leaders?

The Emerging Leaders is an intensive training initiative to accelerate high-potential small businesses’ growth in America’s inner-cities. This comprehensive curriculum provides the tools to catapult participating companies to the next level and help them emerge as growing, self-sustaining businesses in their community.  In Atlanta, the Emerging Leaders initiative is supported by a coalition of local economic and business development entities.

What does the Emerging Leaders advanced training entail?

Over seven months, participants are required to participate in approximately 60-80 hours of classroom instruction, generally two three-hour sessions per month. The method used is primarily instructor-facilitated discussion of the training curriculum. Outside subject matter experts are included as guest speakers to bring a “real world” perspective. Additionally, class participants meet and work in smaller CEO Peer Mentoring Groups for an additional 15-20 hours during the training period.

In order to successfully complete and graduate from the program, participants must not have more than two unexcused absences from classroom or CEO Peer Mentoring Group sessions. They must also prepare and give a 15-minute presentation at the last class session on a three-year strategic growth plan for their business developed from their learning experience before a panel of business and economic development experts.

There will be up to fifteen small businesses accepted for the 2014/Emerging Leaders program. This program is provided at NO COST to participants.

As the Defense Department slashes its budget by at least $487 billion in 10 years, technology investment is one of the few areas that will continue to grow, according to a new military strategy that President Obama and Pentagon officials released Thursday.

The increased spending will focus on cyberspace, intelligence systems, space and science research, according to the review.

In his written introduction to the review, Obama said the new strategy will “ensure that our military is agile, flexible and ready for the full range of contingencies.” He added this includes investments to ensure that the United States can prevail in all domains of military operations, including cyberspace.

Defense Secretary Leon Panetta said broad cuts in the new Defense budget, due for release in late January, do not apply to investments in technology, including unmanned systems, space capabilities and “particularly cyberspace capabilities.”

Defense budgeted $3.2 billion for cybersecurity in 2012. The Pentagon, Panetta said, must continue to invest “in new capabilities to maintain a decisive edge.”

He declined to provide specific funding figures for any military programs, deferring that action until release of the 2013 Defense budget. But, Panetta said, the strategy will drive the structure of the budget.

Deputy Secretary of Defense Ashton B. Carter said the new strategy envisions budget increases in “all aspects of cyber,” along with science and technology research. Defense cannot abandon that research, Carter said, as it would be akin to “eating our seed corn.”

Highlighting the importance of networks and space systems in the future, the strategy document said: “Modern armed forces cannot conduct high-temp, effective operations without reliable information and communication networks and assured access to cyberspace and space. Today space systems and their supporting infrastructure face a range of threats that may degrade, disrupt or destroy assets. Accordingly, DoD will continue to work with domestic and international allies and partners and invest in advanced capabilities to defend its networks, operational capability and resiliency in cyberspace and space.”

Trey Hodgkins, vice president of national security and procurement policy at TechAmerica, an industry trade group, said the new military strategy reflects an increasing awareness within Defense that technology, including information technology, sits at the core of multiple missions, and the Pentagon has to continue to beef up investments in this area.

Obama pointed out that the new military strategy shifts the Pentagon focus from Europe and the Mideast to the Asia-Pacifc region, including a beefed-up U.S. force presence in Australia that he announced in November 2011.

“As we end today’s wars, we will focus on a broader range of challenges and opportunities, including the security and prosperity of the Asia-Pacific [region],” Obama wrote in his introduction to the review. This shift includes dealing with the growth of the military power of China, which should be balanced by greater U.S. military presence in the region, the document said.

Hodgkins said this increased focus on the Asia-Pacific region will boost the importance of the U.S. Pacific Command headquartered in Honolulu and will require greater Defense network capacity in the region.