Every year on the anniversary date of your Disadvantaged Business Enterprise (DBE) certification, the regulations require that your company file an “affidavit of no change.”  49 C.F.R. § 26.83(j).  This affidavit must be completed by the firm’s owner(s) and requires that you provide a copy of your firm’s most recent federal business tax return.  A copy of Georgia’s “no change” affidavit is available here:  http://www.dot.ga.gov/PartnerSmart/Business/Documents/GUCP%20Annual%20-%20No%20Change%20Affidavit%20-%20UPDATED%201-15-2016.pdf (note:  The original linked article provides a link to the Penn. DOT affidavit.  I have provided a link to the Georgia DOT (GDOT) “No Change” Affidavit because most of our readers are Georgia based companies. – Andrew Smith, GTPAC Program Manager)

The requirement of the filing of the “affidavit of no change” is very strict, and the United States Department of Transportation (USDOT) will not accept any excuses.  You should calendar the due date in multiple places, along with calendaring reminders to provide sufficient notice to complete the affidavit. 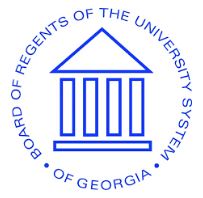 The University System of Georgia (USG) invites all vendors to come to the 11th USG Procurement Expo — this year hosted by Armstrong State University in Savannah, Georgia.

At USG Procurement Expo 2017 you will explore business opportunities with the University System of Georgia. Network with federal, state, and local agencies and prime construction management firms.

Other features of this year’s event:

Navigating the University System of Georgia procurement process in the areas of construction projects, facilities management, and general procurement

This year we will explore business opportunities with the Savannah ports and shipping industry.

Visit with procurement officials from the University System of Georgia, federal, state, and local agencies, and prime construction management firms.

When registering, please mention that you are attending an event at Armstrong State University and would like the Armstrong rate.

Due to pre-registration costs and guarantees, refunds or credits are not extended for this event. However, registrations are transferable. On the day of the event, the substitute attendee must present a copy of the registration receipt or email verification to be admitted to the event.

Use this link to Register Now!

The Georgia Department of Transportation (GDOT) last week broke ground on a $500 million highway interchange project near Macon, GA, according to Equipment World.

The Interstate 16/Interstate 75 interchange improvement project will separate local traffic from through traffic, which GDOT officials said would reduce the number of accidents. The upgrades should also ease general congestion, improve access to downtown Macon and improve travel conditions between the Port of Savannah and Atlanta.

In order to minimize negative impact on traffic, the project will be delivered in seven phases, with the first phase’s completion scheduled for summer 2018. GDOT has awarded contracts totaling $268.8 million for the first four phases.

Keep reading this article at: http://www.constructiondive.com/news/ga-kicks-off-500m-highway-interchange-project/445584/

Eligible small firms that want to pursue business opportunities with the Georgia Department of Transportation (GDOT) now have a resource specifically designed to enable them to do just that.

Keep reading this article at: http://metroatlantaceo.com/news/2016/08/georgia-dot-opens-small-business-help-center/ 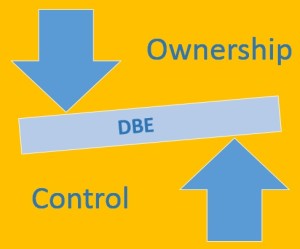 The agreement was announced by the U.S. Attorney’s Office of the Northern District of Georgia on Monday, April 13, 2015.

Additionally, C.W. Matthews has reached a separate settlement with the U.S. Federal Highway Administration, pursuant to which the company has agreed to: 1) adopt an ethics code and a corporate compliance program; 2) appoint a compliance officer; and 3) retain an independent monitor to assess its performance.

“To receive the tangible and intangible benefits that it contracts for, the United States expects companies that actively seek and obtain federally funded contracts to be diligent and forthright in fulfilling their contractual obligations to the Government,” said Acting U.S. Attorney John Horn.

The settlement concerns false certifications that C.W. Matthews provided the Government regarding its compliance with requirements associated with the DBE Program.  Pursuant to the DBE Program, federally funded construction contracts contain DBE clauses, which require that a specified percentage of the work be sub-contracted to firms meeting the statutory definition of a Disadvantaged Business Enterprise (DBE).

As a precondition to bidding, a contractor must acknowledge the project’s DBE goals, and then identify the DBE that it proposes to subcontract with if awarded the contract.  Additionally, DBE regulations (49 C.F.R. § 26.55) require “real and substantial” work performed by a “viable” and “independent” DBE firm, and state that “there cannot be a contrived arrangement for the purpose of meeting DBE goals.”  The DBE Program is intended to ensure that DBEs are able to compete for federal construction contracts.

Between 2006 and 2007, C.W. Matthews was awarded several highway construction contracts that contained DBE clauses.  In bidding on the contracts, C.W. Matthews promised to subcontract with a DBE firm called Longoria Trucking (Longoria) to satisfy the contracts’ DBE goals.  As work progressed, C.W. Matthews submitted the requisite DBE Reports to the Government, which: 1) described work Longoria had purportedly performed; and 2) quantified the monetary amounts purportedly paid to Longoria.

The Government’s investigation revealed that the DBE reports submitted by C.W. Matthews were false and misleading as, in truth, it was a non-DBE trucking firm called G.E. Robinson – not Longoria – that performed most of the work, and received most of the payments, described in the reports.  Indeed, the investigation revealed that G.E. Robinson used Longoria as a “front” to obtain, and receive payment under, the applicable contracts.  As a non-DBE firm, G.E. Robinson was ineligible to even bid on these subcontracts.  To circumvent this restriction, G.E. Robinson assumed the identify of, and controlled, Longoria, which did little work and was paid a small fee by G.E. Robinson for its complicity.

The investigation revealed C.W. Matthews either knew, or should have known, of the scheme between Longoria and G.E. Robinson.  However, despite this knowledge, C.W. Matthews continued issuing false and misleading certifications to the Government regarding Longoria’s role in the applicable highway projects.

In certifying that Longoria was performing work under the contracts, despite clear signs that the work was actually being performed by G.E. Robinson, C.W. Matthews, at minimum, was either reckless or deliberately indifferent.

The support services consultant to the Georgia Department of Transportation, MH Miles Company CPA, PC, is holding a statewide “Blueprint for Success” Conference on Tuesday, Sept. 10, 2013.

The theme of the day-long conference, “Delivering Results, Building Partnerships, Executing with Excellence,” is designed to give disadvantaged business enterprises (DBEs) fundamental tools to ensure a solid infrastructure for managing a successful business.  The conference’s objective is to create an opportunity to establish relationships with industry experts, prime contractors, and GDOT personnel.  The conference will include:

Registration is required by August 26, 2013.  Registration can be accomplished on-line at: https://events.r20.constantcontact.com/register/eventReg?llr=6forsuhab&oeidk=a07e7x0l8m3d390b6ca&oseq=

The event is being held at the Emory Conference Center Hotel, 1615 Clifton Road, Decatur, GA 30329.

Questions about this event may be directed to:

An audit completed amid concerns about airport contracts found flaws in the Georgia Department of Transportation’s process to certify businesses with “disadvantaged” status for government contracts. The internal audit discovered calculation errors in more than two-thirds of the sampling of applications it reviewed.

The findings of the audit raise questions about the disadvantaged business certification process GDOT had been using, but it’s not clear how many of the applicants reviewed went on to win contracts.

The “disadvantaged business enterprise” certifications give firms special consideration, since agencies set goals to award a certain percentage of contracts to disadvantaged firms.

Keep reading this article at: http://www.ajc.com/news/business/gdot-audit-finds-flaws-in-disadvantaged-business-c/nTHtQ/.

The Georgia Department of Transportation will host a Public Comment/Consultation meeting in Atlanta next week to discuss its Disadvantaged Business Enterprise (DBE) Goal.

The meeting will be held from 10 a.m. until Noon, Friday, June 15, at the Department’s General Office at 600 West Peachtree Street, NW.

The purpose of this public consultation meeting is to seek information concerning the availability of disadvantaged and non-disadvantaged businesses, the effects of discrimination on opportunities for DBE’s, and the Department’s efforts to establish a level playing field for the participation of DBE’s in Department contracts and projects.

Interested persons are encouraged to attend or submit written comments to DBEgoal@dot.ga.gov no later than close of business on July 16, 2012.

For additional information, please contact the Georgia DOT Office of Equal Opportunity at 404-631-1972.

The Georgia Department of Transportation (GDOT) has released  a preliminary copy of a study it commissioned to judge the effectiveness of its disdavantaged business enterprise (DBE) program.

GDOT’s DBE program is designed to increase the participation of minority-owned and woman-owned businesses in the contracts awarded by the state transportation agency, in accordance with federal DBE requirements.

An overview of the Disparity Study was presented to GDOT on April 18, 2012, and  a copy of this presentation is available at: http://www.dot.ga.gov/doingbusiness/dbePrograms/Documents/Presentations/DisparityStudy-BoardPresentation.pdf.

A copy of the complete draft Disparity Study is available for download at: http://www.dot.ga.gov/doingbusiness/dbePrograms/Pages/default.aspx.

GDOT is soliciting comment on the draft study and its conclusions.  Feedback about the Disparity Study can be submitted by completing the Public Comment Form (.pdf, 143K)  or sending an email to disparitystudy@dot.ga.gov.

In addition, public comment is being solicited at three public forums being held across the state.  Details appear below.