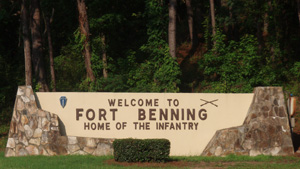 Representatives from various Fort Benning activities, including MICC officials, will be on hand to provide their forecast of various contracting opportunities for 2018 and into the future.

MICC-Fort Rucker will also provide its forecast of acquisitions at Fort Rucker, Alabama, for the fiscal year and into the future.

No fee to attend, but PRE-REGISTRATION IS REQUIRED!

RECOMMENDATION: Due to the heightened security on Fort Benning please arrive approximately one hour prior to the event.  NOTE: It is against Fort Benning Installation policy to use cellular phones that are not hands free. Violations may result in a traffic fine. 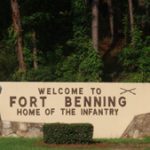 Attendees can take a class on veteran issues, new technology and best practice seminars, such as compliance issues, and the value of a “commitment to fund” letter.

Attendance is free, including lectures and touring the trade show.  There is a fee for attendees wishing to join the breakfast or lunch sessions or Panels I, II, and III.

At the 7:30 am “Breakfast with the DoD” round-table session, Peggy Burchardt, Director of Mission and Installation Contracting Command (MICC) at Fort Benning, will be providing the keynote address.  At noon, a “Small Business Procurement Initiatives Luncheon” will be held, featuring Alabama’s House Minority Leader, Anthony Daniels.

In order to gain access to Fort Benning, you need to familiarize yourself with instructions posted at: https://www.benning.army.mil/GateInfo/

Fort Benning is inviting the business community to attend a “Small Business Forecast Forum” conducted by  representatives of Fort Benning and the Mission Installation Contracting Command (MICC).  Attendees will be provided with details of their anticipated forecast opportunities for 2016 and beyond, plus forecasting on acquisitions at Fort Rucker, Alabama, for the fiscal year, plus a special training presentation on “Trade Off: Best Value vs LPTA.”

As Stephen A. Magner, Small Business Specialist at Fort Benning, puts it, “We’ll do Benning acquisitions, a little training, and finish the morning with Rucker acquisitions.”

There is no fee to attend but advance registration is required!

To register, follow the instructions on this form: Registration Form – Fort Benning – Aug 9 2016

For a map, click on this link: Fort Benning Map

Fort Benning, Georgia, is hosting a dual-purpose event on Wednesday, Dec. 17, 2014, that should be of keen interest to businesses interested in doing businesses with this military installation.

Benning’s Mission and Installation Contracting Command (MICC) is holding a Small Business Forecast Open House in the morning.  This will be followed by a separate afternoon Maneuver Center of Excellence (MCoE) Industry Day.

At the morning event MICC officials will present their anticipated forecast on various opportunities for 2015.  The afternoon session will provide industry with an update on acquisition planning for the future procurement of MCoE Infantry/Armor School services.

Here is the day’s outline:

Event Sign-Ins: 30 minutes prior to each event

There is no fee to attend, but ADVANCE REGISTRATION IS REQUIRED!

To reserve your seat, please respond to this notice by one of the three registration options listed on the attached Registration Form. One form per attendee please!

The Point of Contact (POC) for this event is Mr. Stephen Magner, Small Business Specialist and small business advocate for MICC Fort Benning, Georgia.  Mr. Magner can be reached at
706-545-2274 or email at stephen.a.magner.civ@mail.mil.

A map of the area can be downloaded by clicking here.

The U.S. Army Corps of Engineers has revoked a design-build contract for replacing the Martin Army Community Hospital on Fort Benning, leaving construction on the 745,000-square-foot facility at a stand-still.

On Sept. 28, 2009, the Corps awarded a $333 million contract to Turner Construction Company Inc., of Huntsville, Ala., and its design partner, Ellerbe/Becket of New York, N.Y.

On Feb. 16, the Government Accountability Office upheld two protests against the awarding of the contract to Turner and Ellerbe/Becket, finding two organizational conflicts of interest, a Corps release said. As a result of its findings, the GAO recommended that the two companies be eliminated from the competition and that the Corps award a new contract.

Turner was ordered to suspend work on the Benning construction site on Feb. 26 after the GAO made its decision. Since then, the Corps has been considering whether to implement the GAO’s recommendations. It announced Friday that it would.

The Corps’ Savannah District will now determine a timeline for the awarding of a new contract for the hospital’s construction. Until then, the ground breaking, which was scheduled for early next month, has been postponed, said Billy Birdwell, a spokesman with the Savannah District.

U.S. Congressman Sanford Bishop said last week the delay has nothing to do with funding.

“The money is there,” Bishop said. “There will be a hospital. It may just take them a little longer to break ground.”

The new medical facility will be nearly twice as large as the existing 393,000-square-foot hospital, which was built more than 50 years ago. It will have 70 in-patient beds and two wings — one for clinics and one for the hospital. There will be two parking garages.

The existing facility on Marne Road, which dates to 1918, will remain open and will continue to support and provide daily care for active-duty soldiers, reservists, retirees, civilian employees and their family members, said Fort Benning spokeswoman Jennifer S. Gunn.

“While we realize that we’re all excited about this new hospital, the bottom line is that we support the United States Army Corps of Engineers, their process and these recommendations,” said Col. Thomas Macdonald, Fort Benning Garrison Commander.