The U.S. Equal Employment Opportunity Commission (EEOC) today opened a Web-based portal for the collection of pay and hours worked data for calendar years 2017 and 2018.  The URL for the portal is https://eeoccomp2.norc.org.

In his first two speeches after taking over as Acting Director of the Office of Federal Contract Compliance Programs (OFCCP), Craig Leen emphasized a commitment to the rule of law, promised to provide contractors with clear guidance and transparent enforcement processes, offered incentives for voluntary compliance, and outlined plans to identify and audit government contractors that are ignoring their obligations.

His speeches came at the beginning and end of a four-day Industry Liaison Group National Conference held in Anaheim, California that was attended by HR compliance professionals and officials from the Department of Labor (DOL), OFCCP, and Equal Employment Opportunity Commission (EEOC). Although the conference included presentations from industry experts, the highlight for many was the opportunity to hear directly from the OFCCP, including its new acting director.

Mr. Leen opened the conference with a keynote address focusing on his goals for the OFCCP, including transparency, certainty, efficiency, and recognition. Mr. Leen highlighted OFCCP’s recent Directive 2018-01, which requires a Predetermination Notice (PDN) in all cases with preliminary individual and systemic discrimination findings. According to Mr. Leen, contractors can expect meaningful, good-faith conciliation.

Additionally, he noted that the OFCCP will no longer engage in fishing expeditions with information requests during a compliance evaluation. Instead, OFCCP compliance officers must have specific reasons for a request and be able to explain the need for the information upon request.

Importantly, in the information request context, Mr. Leen explicitly acknowledged that contractors will be given reasonable time to respond and that the age of “false deadlines” to show authority was over.

Keep reading this article at: http://www.mondaq.com/article.asp?articleid=727378

Private employers with 100 employees or more and federal contractors with 50 employees or more and $50,000 in contract(s) are required to submit and certify an EEO-1 Report with the Joint Reporting Committee, comprised of the U.S. Equal Employment Opportunity Commission (EEOC) and the Office of Federal Contract Compliance Programs (OFCCP), not later than March 31, 2018.

The EEO-1 Report collects data on the race, ethnicity, and sex of workers, by job category.  The employment data used for the 2017 EEO-1 report should be collected using a payroll period in October, November, or December 2017, the fourth quarter of calendar year 2017.  This payroll period is what the EEOC refers to as the 2017 “workforce snapshot period.”

Employers submit EEO-1 reports via the EEO-1 Online Filing System on the EEOC’s website or will utilize this portal to electronically transmit a data file containing the EEO-1 data.  This website is accessible at: https://www.eeoc.gov/employers/eeo1survey/index.cfm.

Questions about this requirement and the process may be submitted via email to: eeo1.suggestionbox@eeoc.gov.

The EEOC had planned to collect additional information this year, including aggregate W-2 pay and hours-worked data.  However, the Office of Management and Budget (OMB) stayed the additional requirements pending OMB’s review. 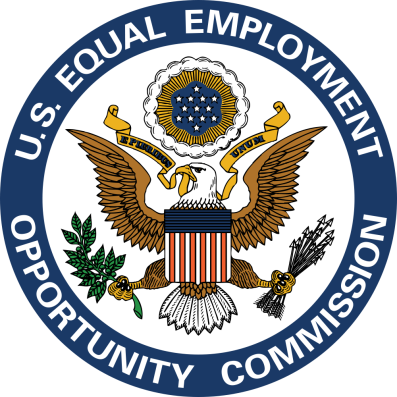 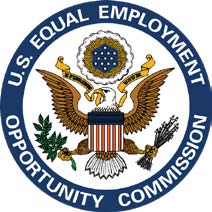 Every year, the Equal Employment Opportunity Commission releases its annual report, informing the president and Congress of the state of equal-employment opportunity in the federal workforce. But critics say the annual report serves one other purpose: It magnifies what is currently wrong with the federal government’s EEO system.

The recently released 2009 report reveals a stunning lack of compliance, commitment and accountability by a number of agencies and agency leadership—especially when compared with the best practices being employed by The DiversityInc Top 50 Companies for Diversity®.

Consider this sampling of numbers from EEOC’s latest 2009 report:

“There is absolutely no accountability for those agencies who do not wish to comply with the regulations,” says Carol Dawson, president of EEO Guidance, a national consulting and training company based in Jeffersonville, Ind. “There is nobody doing anything about the percent that is not in compliance; there are no consequences whatsoever.”

In March, DiversityInc released the findings of its second annual DiversityInc Top Federal Agencies for Diversity list in Washington, D.C. The findings demonstrated that while participating federal agencies have made strides in ensuring that their workforces reflect the changing needs and faces of their constituents, they lagged far behind the DiversityInc Top 50 in a number of key areas of diversity management and representation, including:

DiversityInc will follow up with federal agencies on Nov. 9 with a program entitled “The Next Steps to Effective Diversity Management.” Expected speakers include John Robinson, chief diversity officer of the State Department, Cari Dominguez, former head of the EEOC, and chief diversity officers of several DiversityInc Top 50 companies. For information on this diversity event, click here.

Dawson worked at the Office of Federal Contract Compliance for 25 years, the agency responsible for ensuring that private-sector employers doing business with the federal government—specifically, all federal contractors that employ 50 or more employees and have government contracts of $50,000 or more—comply with the EEO laws and regulations requiring nondiscrimination.

She said the federal government does not tolerate the same kind of behavior within the private sector that it allows in its own ranks. “In private industry, we take them to court. We take their federal contracts away. We put their names out there. We make them miserable. They will suffer greatly if they are not in compliance with far stricter EEO laws,” Dawson says.

But while EEOC is charged with monitoring federal-agency compliance with EEO laws, it does not have the funds or the manpower to monitor what is arguably the largest employer in the United States—the federal government, she said.

Dawson likens the current system to a fox-watching-the-hen-house scenario. Unlike the private sector, federal agencies themselves are responsible for their own internal EEO compliance and for processing and investigating charges of discrimination filed against them by their own employees.

“Until the federal government removes internal compliance and enforcement from the agencies and places it in neutral hands [EEOC], nothing will change,” Dawson says. “The federal agencies must be held accountable, or there is no real need for the EEO regulations.”

Dexter Brooks, the director of federal-sector programs at the EEOC, acknowledges that lack of compliance with EEO guidance and mandates is a problem at a number of federal agencies and departments. “What is our enforcement mechanism? We issue this report to the president and Congress every year stating which agencies are in compliance because they actually control the agencies’ budgets and the way in which they are lead. So that is one way in which we try to seek compliance,” he says.  “Actually, it’s the primary way right now because we don’t have sanctioning authority.”

Brooks says the only time the EEOC can issue binding orders to an agency or department is when a deficiency manifests itself into an actual employee complaint.

He says the EEOC has issued a notice of proposed rulemaking to “slightly strengthen” the way the EEOC enforces its mandates. “This is not something we take lightly,” he says.  “We are trying to get a full understanding of how far we can go to achieve compliance in federal agencies.”

Brooks says when the EEOC finds an agency or department failing to comply with a particular mandate or directive, “we note it as a deficiency and we give feedback to the EEO program and the agency head noting what we find as deficiencies.”

In its annual report, the EEOC also submits “tips” on how to have a more effective EEO program in the federal government. Brooks says another compliance mechanism is the actual complaint process, which he says is more reactive. “Employees who believe they have not received equal opportunities can file complaints of discrimination,” he adds. “We are trying to get agencies to do the proactive work before they see us on the reactive side, which is the complaint side.”

The rise in 2009 over the previous year is not big, but it is significant because it represents the second year of an increase, reversing what has been a decade of steady declines. “We are watching this trend,” Brooks says.

Asked whether the rise in complaints could be related to the number of agencies and departments that are not complying with EEO guidance mandates, Brooks says he is not sure but “logically, it needs to be explored.”

“It makes sense that if you are not in compliance, you might have higher complaints,” he says. “That makes a lot of sense and it’s something we are going to be studying and tracking.”

Key Findings From the EEOC Report

Many private companies and federal contractors and subcontractors are subject to federal reporting requirements involving employment data.  The deadline to file federal EEO-1 and VETS-100/100A forms is September 30, 2010.  Here are the details on the requirements, including who is covered, and what must be done.

The EEO-1 form is an annual report that categorizes employees based on ethnicity, race and gender, as well as by job category. The EEO-1 form uses data from any pay period in July, August or September of the filing year.

The VETS-100 and VETS-100A forms are annual reports that track the employment and hiring of former military service members by job category and type of veteran, and use data from any pay period in July or August of the filing year. Additionally, the VETS-100 and VETS-100A forms contain a 12-month summary of information, dating back 12 months from the specific pay period selected.

Why are these forms important?

In addition to the legal requirement that they be completed, the forms are used by government agencies, such as the Office of Federal Contract Compliance Programs (“OFCCP”), to help select compliance evaluation targets and track employment patterns, and are used by plaintiffs in lawsuits. Thus, accuracy and timeliness in completing the forms is critical.

How do I get the employee information to prepare the forms?

Who must file the EEO-1 report?

Certain federal government contractors and subcontractors are subject to the VETS-100/100A filing requirements.

How Do the Reports Cover Multiple Facilities?

Where Do I Obtain More Information?

For more information about VETS-100 reporting, visit the U.S. Dept. of Labor wbsite at http://www.dol.gov/vets/programs/fcp/main.htm.