Joint Ventures is an excellent opportunity for smaller businesses to combine resources for approaching federal contracts that would otherwise be out of their reach.  Join ChallengeHER as we discuss Joint Ventures from the various perspectives of the SBA requirements, inclusion in the WOSB program, and the legal dos and don’ts.  At the conclusion of this webinar, you will have a strong roadmap for developing Joint Ventures. 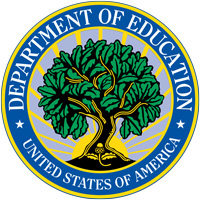 The U.S. Department of Education’s (ED) Office of Small and Disadvantaged Business Utilization (OSDBU) is hosting an online Woman-Owned Small Business Conference on Tuesday, March 30, 2021, from 10:00AM-1:00PM EST.  This event will cover information regarding how to do business with ED as well as best practices and other resources for WOSBs looking to contract with the federal government.

Please note that you must RSVP to join the webinar.  Upon successful registration, you will receive an email containing a personalized access link.  Please also note that ED events have limited capacity and vendors are encouraged to register promptly.

To register for this event, visit https://www.eventbrite.com/e/us-department-of-education-wosb-conference-registration-144062307239

If you experience difficulties or have questions, contact small.business@ed.gov

Big news for women-owned businesses!  It’s certainly been a long time coming, but self-certification for women-owned small businesses is finally on its way out.  For those of you unfamiliar with this issue, here’s a little background.

When the Small Business Administration (SBA) created the Women-Owned Small Business program in 2011, the regulations allowed women owned small businesses (WOSBs) and economically disadvantaged women owned small business (EDWOSB) to self-certify for participation in the program.  Compare this to the SBA’s 8(a) program, for example, which does not allow self-certification and instead requires a company to go through a rigorous application process.  During that application process, the SBA ensures that all of the eligibility criteria are, in fact, satisfied.  Because the WOSB/EDWOSB program allowed women to self-certify without going through an arduous application process, many women-owned businesses did just that.  Others chose to use third-party certifiers.  (Though not required, third-party certification offers the added benefit of conferring eligibility under certain state-run women-owned business programs.)

Over time, criticism of WOSB self-certification mounted.  Various reports from the GAO and other governmental watchdogs noted high levels of fraud, and industry insiders began lobbying for change.  Legitimate WOSBs wanted a more robust review process, to eliminate fraudulent “front” companies from the program.  In response, Congress passed the 2015 NDAA, which eliminated self-certification for WOSBs and EDWOSBs.  The NDAA directed the SBA to modify its regulations, abolish self-certification, and create an application process to vet potential participants.  A year later, the SBA published a notice, indicating that it did plan on drafting the regulations Congress ordered . . . but no regulations were forthcoming.  In 2016, the SBA set up a new online portal – certify.sba.gov – through which WOSB status could be managed.  But, again, no actual changes to the regulation were proposed, let alone completed.  A 2017 GAO report found that “[a]s a result of inadequate monitoring and controls, such as not implementing a full certification program, potentially ineligible businesses may continue to incorrectly certify themselves as WOSBs.”  Still…crickets from the SBA.

With one in four dollars spent in federal contracts now going to small businesses, the Small Business Administration is looking to give more teeth to the verification process for companies that claim to meet the criteria for this lucrative market.

But next year, SBA expects to have finalized a rule that would close a loophole that allowed for participants in SBA’s Women-Owned Small Business (WOSB) program to self-certify they’re eligible for the program.

The Government Accountability Office reported in March that about 40% of the WOSB-certified businesses in its audit sample were ineligible for the program.  GAO had also expressed concerns about the performance of several third-party WOSB certifiers.

“As a result, SBA cannot provide reasonable assurance that WOSB program requirements are being met and that the program is meeting its goals,” GAO auditors wrote.

Federal agencies improved on their commitment to award contracts to small businesses in 2018, though they still fell behind in goals for contract awards to women-owned small businesses, according to the Small Business Administration’s procurement scorecards released June 25.

The government as a whole received an “A” for 2018 — meaning that it met or exceeded 100 percent of the goals set for small business contracting that year — a grade that it has maintained for the past five years.

The Departments of Education, Commerce and the Treasury led the pack of 24 agencies that were evaluated, each earning an A+ and meeting over 130 percent of the established goals for small business contract awards.

Meanwhile, the Office of Personnel Management, Department of Health and Human Services, the Agency for International Development and the National Science Foundation failed to meet their small business contract goals, with NSF achieving the lowest score at just over 85 percent of their goal.

But despite the overall successes for small business contract awards, some categories of small businesses failed to meet governmentwide metrics.

The WOSB Federal Contract Program, set forth in section 8(m) of the Small Business Act, 15 U.S.C. 637(m), authorizes contracting officers to restrict competition to eligible WOSBs or EDWOSBs for federal contracts in certain industries.  The 2015 National Defense Authorization Act amended the Small Business Act to allow for sole source awards to WOSBs and EDWOSBs.  In addition, the 2015 NDAA amended the Small Business Act to create a requirement that a concern must be certified as a WOSB or EDWOSB (by a federal agency, a state government, SBA, or a national certifying entity approved by SBA), in order to be awarded a set aside or sole source contract under the WOSB Federal Contract Program.

The proposed rule would permit an entity to be eligible for award under the program as long as its application is pending.  If that offeror were selected for award, its application would be prioritized by SBA and a determination would be made within 15 days.  This provision acknowledges that SBA may have difficultly processing all the potential applications in a timely manner, given the approximately 10,000 firms currently in the WOSB repository.  The anticipated influx of applications from these firms would likely overwhelm the SBA, which processes approximately 3,000 applications a year for 8(a) status and 1,500 a year for HUBZone status.

Continue reading at:  Holland and Knight

The U.S. Small Business Administration published a proposed rule that will establish a process by which SBA will formally certify firms as Women-Owned Small Businesses (“WOSBs”) or Economically Disadvantaged Women-Owned Small Business (“EDWOSBs”).  The SBA is seeking public comments on the proposed rule by July 15, 2019.  To submit comments, visit:  https://www.federalregister.gov/documents/2019/05/14/2019-09684/women-owned-small-business-and-economically-disadvantaged-women-owned-small-business–certification.

The following proposals are included in the new rule:

Read more at:  The Federal Register 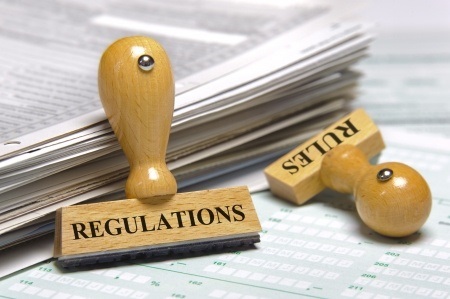 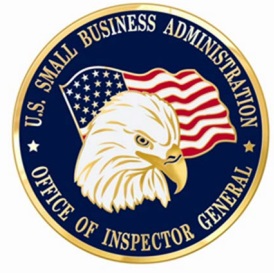 Federal contracting officers, along with firms representing themselves as woman-owned small businesses (WOSBs) did not comply with federal regulations in 50 instances of sole-source contract awards.  As a result, there is no assurance that the contracts were awarded to firms eligible to receive sole-source awards under the WOSB program administered by the Small Business Administration (SBA).

That’s the conclusion reached by the SBA’s Office of Inspector General (OIG) in a report issued on June 20, 2018.

The OIG undertook its review of SBA’s WOSB program to determine whether the sole-source provisions that Congress included in the 2015 National Defense Authorization Act (NDAA) were being effectively implemented.   Congressional intent was to expand the number of federal contracts being awarded to WOSBs and streamline the process by which WOSB status could be validated.  Thus, in its review, the OIG wanted to determine whether sole-source contract awards comply with program requirements, and whether firms that receive the set-asides conform to the self-certification requirements.

The OIG selected a sample of 56 contracts, worth $55.7 million, to review.  The sample represented 81 percent of the sole-source contracts awarded to WOSBs between the period of Jan. 1, 2016 and Apr. 30, 2017.  The OIG determined that federal regulations were not followed by federal officials or the WOSB firms themselves in connection with 50 of the 56 contracts.  The 50 contracts were valued at $52.2 million.  Based on its findings, the OIG determined that there “was no assurance that these contracts were awarded to firms that were eligible to receive sole-source awards” under the WOSB program.

The weaknesses noted in the OIG’s report are similar to those noted in a review conducted in 2015.  Then, the OIG recommended that SBA should increase its training and outreach to both federal contracting officials and businesses regarding their responsibilities under the WOSB program.

Once again, in its latest report, the OIG makes a series of recommendations to SBA administrators to remedy the newly-identified problems.  Among them:

Overall, the OIG is recommending that the WOSB program should be operated more in line with other certification programs operated by the SBA.  In response to these recommendations, however, the SBA estimates that it will take at least another year before it implements a WOSB certification process.  SBA management also states it does not have the responsibility for improving the integrity of data in FPDS-NG.

The OIG concludes that since errors are likely to continue to be made in NAICS code selection and that WOSB firms will be allowed to continue to self-certify, the program is subjected to “unnecessary risks of fraud and abuse.”  In light of this condition, the OIG’s recent report offers six specific recommendations the SBA should take now to expand oversight and prevent agencies from awarding contracts to ineligible firms.