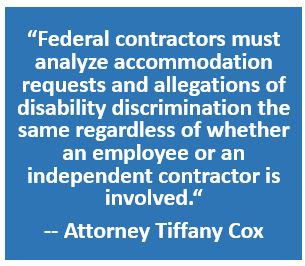 Students who become injured while cadets at U.S. service academy prep schools will no longer be able to claim vet status or file for disability compensation with the VA under legislation filed this week by Rep. Tammy Duckworth, D-Ill., and Rep. Daryl Issa, R-Calif.

The bipartisan bill comes after lawmakers in June took testimony from a Virginia businessman who got a VA disability on the basis of a 1984 football injury at the U.S. Military Academy Preparatory School; the compensation meant his company would be considered for contract set-asides for businesses owned by disabled vets.

The bill filed this week by Duckworth and Issa, who chairs the committee that grilled business owner Braulio Castillo in June, would no longer grant veteran’s status to men or women whose only connection to the military is attending a service academy high school. The bill would define “veteran” to exclude such individuals and prevent them from exploiting the system to secure contracting preferences.

“The Support Earned Recognition for Veterans (SERV) Act [is] a bipartisan bill to eliminate abuses in the veterans benefit system and ensure that only individuals who have actually served in the military can qualify to receive government contracting preferences and similar benefits,” the two said in a joint statement released Nov. 14.

Keep reading this article at: http://www.dodbuzz.com/2013/11/16/bill-targets-abuse-in-va-contracting/

The Labor Department is proposing a rule to mandate at least 7 percent of federal contractors’ workforce be made up of people with disabilities.

The rule, published in the Federal Register on Dec. 9, 2011, strengthens the current affirmative action requirements that call for equal employment opportunities for people with disabilities, according to an agency release.

The proposal would also apply to federal subcontractors.

“For nearly 40 years, the rules have said that contractors simply need to make a ‘good faith’ effort to recruit and hire people with disabilities. Clearly, that’s not working,” said Patricia Shiu, the director of Labor’s Office of Federal Contract Compliance Programs, in a statement. “Our proposal would define specific goals, require real accountability and provide the clearest possible guidance for employers seeking to comply with the law. What gets measured gets done. And we’re in the business of getting things done.”

The 7 percent goal is based on data from the Census Bureau’s American Community Survey on the entire workforce, said a department spokesperson in an email to Federal News Radio.

“However, there is no data set that fully quantifies workers with disabilities employed only by federal contractors,” she said.

According to Labor, the rule also increases data collection record-keeping requirements, and contractors would have to conduct annual self-reviews on their recruitment efforts.

Trey Hodgkins, senior vice president for National Security & Procurement Policy at industry group TechAmerica, said his “wish” about the proposal is that it included incentives for contractors who hired disabled workers, such as giving contractors a point advantage in the contract evaluation process.

“That kind of an incentive doesn’t cost the government … and would truly drive hiring of disabled people,” Hodgkins said in a phone interview with Federal News Radio.

He acknowledged that there can be a higher initial cost to accommodate disabled workers. However, Hodgkins added, “What we’ve historically found is they’re very loyal, dedicated people and they’re hard workers.”

Comments on the proposed rule must be submitted within 60 days of publication in the Federal Register.