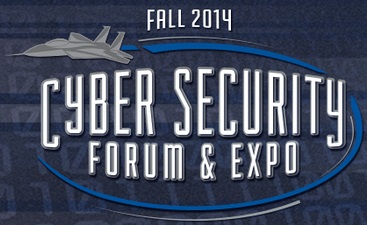 The AFRC requests that interested industry vendors submit an abstract for the opportunity to participate as a speaker in one of the professional development seminars offering Robins AFB personnel the opportunity to obtain continuing education credits for their DoD 8570 and DoD 8140 certifications.

Vendors who are interested in displaying their products and services or speaking should send their intent to participate to the following email address: Steppling@ncsi.com and include your company name and point of contact information.

Specific details for the event can be found at the website http://www.ncsi.com/csfe/2014/index.php.

The Museum of Aviation is located on GA Hwy 241 at Russell Parkway, Warner Robins, Georgia 31088.

Raymond Lopez Jr. spent three decades in the Navy, starting out as a seaman apprentice and retiring with the rank of commander. When Lopez and his wife Carol started Engineering Services Network, a defense services company, in 1997, they built their business on Navy contracts, growing from a small start-up into a $38 million-a-year enterprise. Lopez felt like he had never really retired from the Navy.

But when the clouds of budget cuts gathered in Washington a few years ago, he realized it was time to move out of his comfort zone. The Crystal City company decided to diversify its business — a hot button word in defense contracting circles.

Back in 2004, ESN had worked on a $551,000 Air Force contract. Seven years later, when Lopez was looking to expand outside of Navy work, the connections established on that job helped the company win a crucial five-year, $38 million IT services contract with the Air Force.

The experience cemented Lopez’s decision to enter information technology. More than half of ESN’s business is still generated from providing engineering, operations and technical support services for the Navy, but federal IT jobs — managing tasks in cybersecurity and software development — now account for nearly 30 percent of its revenue. The company has worked with the Air Force, the Department of Veterans Affairs and the Department of Health and Human Services.

Keep reading this article at: http://www.washingtonpost.com/business/capitalbusiness/how-one-navy-contractor-navigated-washingtons-choppy-waters/2014/05/30/4cc6d0e6-e5c9-11e3-a86b-362fd5443d19_story.html

The Pentagon’s cyber budget will get a boost as part of the department’s fiscal 2015 budget request, Defense Secretary Chuck Hagel said last Tuesday (2/18/2014).

“We are adjusting our asset base and our new technology,” the Pentagon’s top official said, adding that the department will increase spending to help improve its cyber capabilities, including a larger focus on cyber security, intelligence gathering, and reconnaissance.

The department’s budget request will be released March 4, as part of the Obama administration’s budget, and the secretary is expected to offer a preview Monday. Hagel and other top Defense officials have largely sidestepped questions about what spending they are asking to have increased — or what programs to cut.

“Of course, it’s going to shift the proprieties and the balance of forces, and where you invest your money to be able to ensure readiness for your forces, capability, … and capacity,” Hagel said.

Keep reading this article at: http://www.nextgov.com/defense/2014/02/pentagon-ask-more-cyber-spending-next-budget/79040

The Army is focusing investment at Fort Gordon to refine its cyber domain and maximize the potential for “emerging, game-changing land-power technology,” said Lt. Gen. Edward Cardon, the commanding officer of the Army Cyber Command.

Cardon’s remarks come one week before his keynote address at the Augusta Metro Chamber of Commerce’s 106th annual meeting on the theme of “Community Strong.”

Expected to speak on how the diverse community organizations collaborate to achieve economic success regionwide, Cardon said last week that the Army selected Fort Gordon as the permanent home for its Cyber Command to better control “cyber mission forces.”

“These decisions to co-locate the Army’s operational and institutional cyber organizations with National Security Agency-Georgia will create tremendous synergy through closer collaboration and coordination,” he said.

Keep reading this article at: http://chronicle.augusta.com/news/metro/2014-02-18/army-cyber-command-general-explains-fort-gordon-investment

The White House on Wednesday issued voluntary cyber standards aimed at defending key private networks essential to U.S. society – but it could be years before the benefits are noticeable.

While optional for industry, it is expected that the guidelines — which encourage reporting data breaches to the government — will be required for federal contractors.

Government suppliers say they felt involved in the development of the standards and are satisfied that their flexibility will not be burdensome. That same flexibility has given some security observers pause, however, over concerns that “critical infrastructure” industries, like the energy and medial sectors that sustain daily living, will remain vulnerable.

Keep reading this article at: http://www.nextgov.com/cybersecurity/2014/02/what-obamas-new-cyber-standards-mean-federal-contractors/78713/

Federal contractors should incorporate baseline cybersecurity measures into their operations as well as their products or services, recommends a joint Defense Department and General Services Administration committee.

Using the federal acquisition system to force contractors into better cybersecurity practices isn’t a new idea, acknowledges the report  – which is dated November but was made public only on Jan. 24. In December, the Pentagon finalized a rule requiring contractor protections over unclassified defense information and instituting intrusion reporting requirements.

Keep reading this article at: http://www.fiercegovernmentit.com/story/federal-contractors-should-implement-cybersecurity-operations-and-products/2014-01-27

[Note: The following article was written by Lindley Ashline of Deltek, a firm which analyzes the government contracting market.  The article was published by The Washington Post.]

From shutdowns to changed buying methods, the federal contracting market is evolving. Smart contractors will not only face down these changes, but find the best ways to take advantage of them.

Today’s cyber attacks aren’t just a threat to computer networks. Those with malicious intent can disrupt important infrastructure systems such as utilities and power grids.

The trick is to identify when such attacks are underway.

Through a cooperative, cross-campus effort, the Department of Energy awarded the Georgia Tech Research Institute (GTRI), Georgia Tech and its cost-sharing partners $5 million to help detect cyber attacks on our nation’s utility companies.

By partnering with the Georgia Tech School of Electrical and Computer Engineering’s National Electric Energy Testing, Research and Applications Center (NEETRAC) and the Strategic Energy Institute (SEI), GTRI’s Cyber Technology and Information Systems Laboratory (CTISL) will work together with renowned experts in SmartGrid technology to develop protocols and tools to detect such attacks.

“Utilities and energy delivery systems are unique in several ways,” said CTISL researcher Seth Walters, one of the principal investigators on the project. “They provide distribution over a large geographic area and are composed of disparate components which must work together as the system’s operating state evolves. Relevant security technologies need to work within the bandwidth limitations of these systems in order to see broad adoption and they need to account for the varying security profiles of the components within these power systems.”

“This project is particularly exciting as it integrates GTRI’s cyber security expertise, with the expertise in grid and electrical power of NEETRAC and ECE,” said SEI Executive Director Tim Lieuwen. “A key piece of our campus energy strategy is promoting certain signature energy areas where Georgia Tech combines unique breadth and depth into best of class capabilities – the area of electrical power is one of those, and this project further demonstrates Georgia Tech’s commitment to this space.”

The project will consist of three phases, which include research and development, test and validation at Georgia Tech, and technology demonstration at operational utility sites with the assistance of multiple utility company partners.

“GTRI’s expertise in systems engineering and cyber security will be a great advantage for execution on this award,” Walters said. “We also have the singular advantage in being able to collaborate with professors from Georgia Tech. The School of Electrical and Computer Engineering was instrumental in bringing emerging research ideas to the proposal narrative.”

“My group, the Communications Assurance and Performance [CAP] Group, will work with GTRI researchers to develop, test and deploy a context-aware network-based intrusion detection system [NIDS],” Beyah said. “Working with a power grid simulator, the NIDS will have the ability to prevent network packets containing application-layer commands that render the power grid unstable from entering the network.”

A Georgia Power Distinguished Professor and SEI Associate Director, Grijalva will integrate a cyber-power co-simulator where numerous cyber-attack mechanisms can be simulated, including their effects in the physical power infrastructure. He will also develop real-time decision-making algorithms that evaluate the impact of potential cyber-induced power infrastructure malfunction.

“The proposed cybersecurity system is complex, so a disciplined approach to delivering a system of systems which embodies this complexity will be required,” Walters said. “Furthermore, as part of research and development, we will be working to ensure that the tool suite, as conceptualized by the team, remains relevant to current and emerging industry needs.”

CTISL Emerging Threats and Countermeasures Division Chief Andrew Howard noted that this is a unique part of this proposal. “This proposal isn’t just about the research,” Howard said. “In addition to the extensive modeling and simulation, it’s also about developing a commercialization plan for other utilities to benefit.”

The U.S. Army announced yesterday (Dec. 19, 2013)  that the Army Cyber Command (ARCYBER) Headquarters will be located at Fort Gordon,  near Augusta, Georgia.  The move consolidates and coordinates Army cyber and network operations under one commander for the first time in its history.

“Cyber threats are real, sophisticated, growing, and evolving,” said ARCYBER’s commanding general, Lt. Gen. Edward C. Cardon.  “The Army’s decision demonstrates support for unity of command and the importance of cyber to our Army and our nation,” he explained.

The Army selected Fort Gordon as the permanent location for ARCYBER Headquarters for operational and cost reasons. Since its establishment in 2010, ARCYBER has been temporarily split-located in seven government buildings and leased space across the national capital region. The move to Fort Gordon will co-locate ARCYBER Headquarters with the Army’s Joint Forces Headquarters-Cyber and NSA-Georgia, placing the Army’s operational cyber headquarters with the majority its cyber mission forces.  It will require 150 fewer personnel than other potential sites, as well as reduce military construction requirements and costs by 23 percent less than other considered options.

Establishing the Army Cyber Center of Excellence at Fort Gordon will begin by aligning Army cyber proponency within the U.S. Army Training and Doctrine Command, creating institutional unity and a focal point for cyber doctrine and capabilities development, training and innovation.

Before selecting Fort Gordon, the Army evaluated its ability to support U.S. Cyber Command-directed missions and other operational factors such as installation capacity, environmental impacts, and human resource considerations. Community input was also solicited and considered through an environmental assessment public comment period conducted in the fall.

ARCYBER will continue to have a command liaison element co-located with U.S. Cyber Command at Fort George G. Meade, Maryland.

Additional information about ARCYBER is available at the command website: http://www.arcyber.army.mil/