The former president, chief executive officer, and chairman of the board of a New Jersey-based international 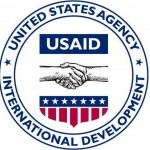 engineering consulting company was sentenced today to 12 months of home confinement and fined $4.5 million for conspiring to defraud the U.S. Agency for International Development (USAID) with respect to billions of dollars in contracts over a nearly 20-year period, U.S. Attorney Paul J. Fishman announced.

According to documents filed in this case and statements made in court:

On Nov. 5, 2010, Pepe and Pellettieri both pleaded guilty before then-U.S. Magistrate Judge Patty Shwartz to separate informations charging them with conspiring to defraud the government with respect to claims. Also on that date, LBG resolved criminal and civil fraud charges related to Wolff’s and others’ conduct. The components of the settlement included:

In the settlement, the government took into consideration LBG’s cooperation with the investigation and the fact that those responsible for the wrongdoing were no longer associated with the company.

The General Services Administration (GSA) is considering adding cost-reimbursable options to its supply schedules, according to a top agency official.

Tom Sharpe, the commissioner of GSA’s Federal Acquisition Service, said in a statement to Federal Times that the agency is conducting an assessment on “a wide array of issues, and will not be a short-term action.”

He added that GSA’s planned OASIS contract vehicle for professional services will offer a cost-reimbursable option available to agencies, and GSA plans to award the contract soon.

Keep reading this article at: http://www.federaltimes.com/article/20131213/DEPARTMENTS07/312130010/GSA-may-offer-more-cost-reimbursable-contracts

The Waltham, Mass.-based company received a Navy contract to develop the air and missile defense radar for Arleigh Burke-class destroyers beginning in 2016, according to the Oct. 10 announcement.

Raytheon beat out Bethesda, Md.-based Lockheed Martin Corp. and Falls Church, Va.-based Northrop Grumman Corp. for the work, most of which will be performed at the company’s Sudbury, Mass., site.

The award topped a list of more than 180 contracts announced in October, with a combined value of more than $17 billion, according to a Military​.com analysis of the Pentagon’s daily contract announcements. That figure doesn’t reflect what is actually spent, or obligated, because many deals are only partially funded at first.

The total is less than a third of the value of agreements announced in September, which is typically the busiest time of year for federal contracting as employees rush to ink deals before the Sept. 30 end of the fiscal year. The trend was likely exacerbated this year by the federal government shutdown.

Keep reading this article at: http://www.dodbuzz.com/2013/11/05/radar-deal-tops-17-billion-in-october-contracts/

Talk of a federal government shutdown can subside until March 4 now that Congress has passed another temporary spending bill funding federal agencies through that date.

The temporary spending measure had bipartisan support in the Senate, which voted 79 to 16 for it, but less so in the House, which broke mainly along party lines to approve it 193 to 165.

The bill means fiscal 2011 will be dominated by uncertainty for federal agencies, which find it difficult to make big commitments when funding is tentative. Some agencies use cost reimbursement contracts as a means of dealing with the uncertainty, since unlike fixed price contracts, cost contracts allow agencies to incrementally add funding.

The March 4 deadline also means that Congress likely will be dealing with two fiscal years simultaneously–the fiscal 2012 request submitted by the president on the first Monday of every February, and the remainder of fiscal 2011. Republicans have indicated they want to cut spending further and in particular target funding meant for implementing healthcare reform under the Affordable Care Act.