“One thing all procurement offices seem to have in common (even before the pandemic) is too much work and too little time,” says Christina Nielsen, director, government accounts for Lawson Products.  The firm is a distributor of maintenance, repair and operations (MRO) products and supplies.  The company is also a supplier on many cooperative procurement agreements that governments use.

Nielsen says compliance is a priority for procurement teams, and that managing supplier and end-user compliance to contract terms is a time-consuming and ongoing task throughout the life of a contract for those teams. She adds that it’s also a heavy lift when it’s time to re-solicit an agency’s home-grown competitive solicitations.

The General Services Administration, on behalf of the Air Force, has kicked off a multiple-award acquisition that could be worth up to $5.5 billion.

Last fall, GSA and the Air Force announced their intent to create a blanket purchase agreement to provide hardware, software and IT services to replace the expiring NETCENTS-2 contract with one called 2nd Generation IT (2GIT).

The five-year contract will be split among five line item categories: data center, end user, network, radio equipment, and order level material. In a presolicitation document, GSA said it estimates spending of between $850 million and $1.1 billion on the contract annually. Public solicitation documents did not reveal if that estimate has changed.

Through GSA’s Cooperative Purchasing program, the contract is open to all federal, state, local and tribal agencies “to purchase IT, security, and law enforcement products and services offered through specific Schedule contracts.” GSA will award spots on the contract to several vendors that those agencies can purchase from.

Keep reading this article at: https://www.fedscoop.com/2git-air-force-bidding-open/

Cyber security is no longer an issue that can be managed exclusively by IT departments and technology vendors alone. With data breaches and attacks on critical infrastructure occurring each year, government agency professionals are struggling to keep up with the increasing cyber attacks. Now, a special report, The Rise of Cyber Security, provides insight into how cyber security impacts the entire business-to-government (B2G) marketplace for both buyers and sellers.

The report is produced by Onvia, a government business intelligence company.

The cyber security report includes the latest research on industry trends and data from Onvia’s comprehensive database of state, local and federal contracts. Readers will discover how cyber security affects all industries and why it is an important issue in government procurement today.

Readers of this report will learn:

Download this free report to learn how cyber security affects the business-to-government (B2G) procurement market, and how to make the most informed business decisions in this growing field. 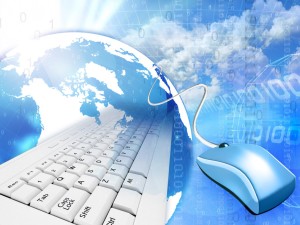 Technology purchases are on the rise, according to the Gartner technology research firm. “The U.S. state and local government IT market is turning the corner with a renewed focus on modernization and innovation, along with budgets back in positive territory,” say Gartner analysts. In its recent “Market Insight: State and Local Government IT Market Primer,” the firm notes that state and local enterprise IT budgets will reach $71.9 billion in 2016 and climb to $72.8 billion in 2017.

The ever-expanding Internet of Things (IoT), where devices, vehicles and other items are embedded with software, sensors and connectivity, is also helping loosen government agencies’ purse strings.  Cisco’s Internet of Everything site predicts a $4.6 trillion market in IoT for the public sector in smart cities, outfitting the next-generation worker, traffic management and other apps.

“Anything related to open data and data management will see big growth” as a result of IoT implementations, says Andrew Hacker, Cyber Security Expert in Residence at Harrisburg University (Pa.) of Science and Technology.

Keep reading this article at: http://m.americancityandcounty.com/coop-solutions/what-driving-government-tech-buys

President Obama’s Management Advisory Board, an independent panel of corporate leaders, suggested on Friday that the government must do more to incentivize its leadership and improve its operational management.

At its first meeting, the new board that was established to provide the White House with strategic advice on government management and operations, heard from administration officials on a range of topics, including the salaries of senior executives and the consolidated procurement efforts of federal agencies. Presentations also were delivered on information technology and federal customer service initiatives — each of which the group will tackle.

For example, John Berry, director of the Office of Personnel Management, explained how the difficulties of attracting — and then retaining — the best and brightest to work in the government instead of taking more lucrative private sector positions are exacerbated by charges that federal employees are overpaid.

Berry said the board could help dispel this notion because of its credibility in the business world. “When you carry that mission, it carries some weight,” he said.

The panel likely will focus on ways to better train and develop senior government leadership, recruit candidates from outside of government, improve the federal performance management system and reward high-performing employees.

There are limits to what the group can address, however. The administration does not have much flexibility in its compensation scale for its Senior Executive Service, with salaries generally ranging from $120,000 to $180,000, said W. Scott Gould, deputy secretary of the Veterans Affairs Department.

Removing poor-performing senior executives is on the table, but Gould, who has eliminated 20 such positions at VA in the past two years, suggested reform will not be easy. “It’s hard to do and takes a long time to go through the process,” he said.

The board also heard about the government’s efforts to improve its strategic sourcing of common commodities. The General Services Administration, which has developed blanket purchasing agreements that all agencies can use for the procurement of office supplies, plans to expand the practice in the future.

Dan Gordon, administrator of the Office of Federal Procurement Policy, said the government “struggles mightily” to define its acquisition requirements and is too dependent on contractors for core services. “We use contractors to write contracts for other contractors,” Gordon said.

Obama established the advisory board last April through an executive order to provide advice on how to implement best business practices on issues such as productivity, the application of technology and customer service.

The order called for the board, which is chaired by Jeffrey Zients, deputy director of management for the Office of Management and Budget, to include no more than 17 leaders from the private sector. On Thursday, Obama appointed 10 members to the board. An OMB spokeswoman said it’s possible that more board members will be named.

The board, which is purely advisory, will operate for two years, unless the White House extends it.