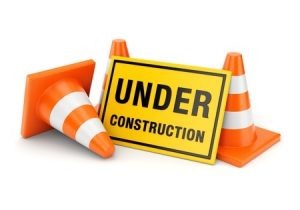 Completing projects within budget is a constant challenge facing the construction industry.

In the past three years, only 31 percent of all projects came within 10 percent of their budgets.

To top it off, 78 percent of engineering and construction companies believe project risks are rising. Suffice it to say, there is room for improvement.

Here are five construction estimating mistakes you should be aware of and best practices to put in place to avoid becoming their next victim (registration required): https://content.industrydive.com/gordian-cd-infographic-avoidable-construction-estimating-mistakes/

To say the government’s money is tight is to understate the obvious.

What’s also obvious is that if programs get no funding, then the money intended for contracts supporting those programs will dry up too.

That’s likely to happen to more contracts in 2012, Larry Allen, president of Allen Federal Business Partners, wrote Jan. 30 in his “The Week Ahead” newsletter. Winning a contract and assuming officials have funding approved for it doesn’t work anymore.

“Tougher decisions have to be made on what ‘approved’ projects actually reach the level of ‘funded,’” he wrote.

In these trying days, contractors need to ask agency officials several questions early on in the procurement process, including:

Allen said agency officials may not have the answers right away, but it’s to your company’s advantage to ask.

Without knowing, you could be wasting time — time is usually money — on a project that isn’t going to generate the real green paper. That means you may have lost out twice on one bid.

Allen’s lesson is clear:  “Make sure you know that the project you’re spending time on is something the government will spend money on.”