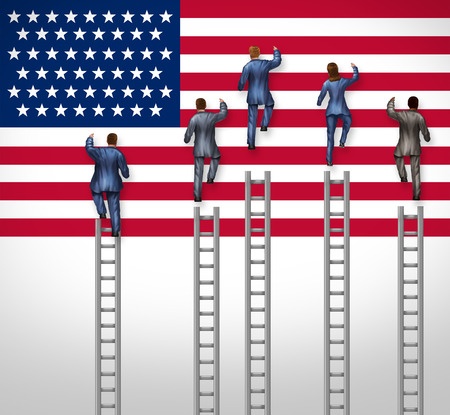 The Department of Defense (DoD) has proposed a new rule limiting the use of “brand name or equal” contract competitions, calling on contracting officers to publicly justify their need for a brand name-type product before issuing a solicitation.  The rule would implement Section 888(a) of the National Defense Authorization Act of 2017, which directed the Secretary of Defense to “ensure that competition in [DoD] contracts is not limited” by brand name references without a justification under 10 U.S.C. § 2304(f).

Federal procurement law requires agencies to draft competitive solicitations that describe the Government’s needs generally, rather than referencing a specific type of product.  However, “under certain circumstances,” agencies may request a specific brand name product or its equal.  An off-brand product is “equal” if it shares the same the same salient characteristics as the brand name product.

Contractors have at times challenged, through pre-award bid protests, agency decisions to reference a brand name product as unfair and unduly restrictive of competition, contrary to the Competition in Contracting Act of 1984’s (CICA) requirement for full and open competition.

Keep reading this article at: https://www.insidegovernmentcontracts.com/2018/11/whats-in-a-brand-name-dod-to-limit-use-of-brand-name-or-equal-contract-competitions/

As discussed in an earlier post about the NDAA for FY 2018, one of the most significant changes with respect to procurement issues may be related to the DoD’s conduct of debriefings.

Perhaps missed in the discussions of a potential new protest regime going into effect in a couple years is the fact that one of the most significant debriefing changes is effective immediately without the need for a new regulation.

Specifically, Section 818 of the NDAA required that DoD agencies provide disappointed offerors with an opportunity to ask follow-up questions “within two business days after receiving a post award debriefing” and provided that the “5-day period” associated with the timeline for a CICA stay “does not commence until the day the Government delivers to a disappointed offeror the written responses to any questions submitted” pursuant to the new rule. Because these provisions of the NDAA amended the underlying statutes (10 U.S.C. § 2305 and 31 U.S.C. § 3553) instead of requiring the Secretary to amend the DFARS, these rules went into effect upon the signing of the NDAA. In fact, in a few cases since the NDAA went into effect, we have seen DoD agencies agree that the new rules are in effect.

So, what do contractors need to know?

Keep reading this article at: http://www.mondaq.com/article.asp?articleid=674748

It is no secret that federal procurement spending has dropped considerably in recent years. With less dollars being spent and fewer procurements, government contracts are increasingly turning to the bid protest process for a second chance to compete for, and hopefully win, new contracts, and preserve their incumbent contracts.

The statistics bear this out. Bid protest activity at the U.S. Government Accountability Office (GAO) has steadily increased year-over-year, with a record 2,561 protests filed in fiscal year 2014 alone. But more filings has not meant more sustained protests; the GAO sustain rate in 2014 fell to its lowest recent level of only 13 percent (though this does not account for voluntary agency corrective actions, which have remained steady).

These statistics, and the new federal procurement reality, reinforce the need for contractors to think carefully about effective protest strategies and emerging issues to maximize their chances to successfully protest procurements (or defend contract awards).

The Project on Government Oversight (POGO) outlined 13 congressional priorities that would make the federal government more transparent, accountable and ethical in a new report.

POGO’s 2015 “Baker’s Dozen” includes areas for legislative reform as well as issues that would benefit from improved oversight, according to the Feb. 11 report.

Near the top of the group’s list is a call to make agency inspectors general more independent and accountable. POGO asks Congress to use legislation to clarify IG authorities and access to agency records, quickly fill IG vacancies and require more thorough responses from agencies on reports. The organization also calls out the Justice Department in particular, asking that the DOJ IG be given more authority to investigate misconduct by DOJ attorneys.

Keep reading this article at: http://www.fiercegovernment.com/story/reforms-igs-acquisition-foia-included-pogos-bakers-dozen-congressional-prio/2015-02-17

If one type of FedBizOpps search does not turn up a solicitation, try a different search – or run the risk of missing the solicitation.

That is the message to contractors from a recent GAO bid protest decision, in which an offeror was unable to discover a VA opportunity by searching the “Place of Performance” field on FedBizOpps.  As it turned out, the solicitation would have popped up if the offeror had tried other types of FedBizOpps searches, and the GAO held that it was the offeror’s responsibility to more thoroughly attempt to locate the solicitation.

In The Creative Mobility Group, LLC, B-410380.2 (Dec. 19, 2014), the VA issued a request for quotations for home medical equipment services for patients of Veterans Integrated Service Network 11 medical facilities in Michigan, Indiana, Ohio, and Illinois.  The VA posted the opportunity on the FedBizOpps website.

Keep reading this article at: http://smallgovcon.com/gaobidprotests/fedbizopps-searches-be-thorough-or-be-out-of-luck/