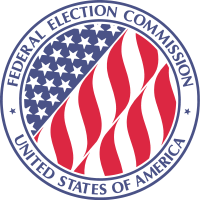 A federal judge has ruled a law banning government contractors from contributing to political candidates, parties and their committees should stand, Courthouse News Service reports.

U.S. District Judge James Boasberg issued a 19-page ruling against the three plaintiffs, two of which hold contracts with the U.S. Agency for International Development and the other with the Administrative Conference of the United States.

According to Fierce Government, the Federal Election Campaign Act of 1972 bans contributions from individuals with whom a federal agency has directly contracted with for personal services.

Prospective federal contractors would be required to disclose to government procurement officials political contributions dating back two years prior to bidding on a new project, according to controversial guidance being drafted by the Obama administration.

The draft executive order, which has circulated on the blogosphere for about a week and which was independently obtained by Government Executive, would require companies bidding on agency contracts to release a list of contributions or political expenditures that total in excess of $5,000 made on behalf of federal candidates, parties or political action committees.

“It is incumbent that every stage of the contracting process — from appropriations to contract award to performance to post-performance review — be free from the undue influence of factors extraneous to the underlying merits of contract decision-making, such as political activity or political favoritism,” the order states. “It is important that the contracting process not only adheres to these principles, but also that the public have the utmost confidence that the principles are followed.”

The disclosure would be required whenever the aggregate amount of the contributions and expenditures made by the company, its directors or officers, or any affiliates or subsidiaries within its control, exceeds $5,000 to a recipient in a given year, the order states. The rule essentially would require inquiries about contributions from individual officers that come out of their wallets and not out of corporate accounts.

The order would not apply to public-sector unions or grantees, which historically have tended to support Democrats. Most influential federal contractors either stay out of politics or contribute money to members of both parties — typically giving to the chairmen and ranking members of congressional committees with jurisdiction over their program’s purse strings — and lobby lawmakers on specific issues. Becoming tied to an individual politician or party, some have argued, can damage a company’s long-term prospects for doing business with the government.

Political opposition has already emerged. “This order is a purely political act offered under the benign label of disclosure,” said Rep. Darrell Issa, R-Calif., chairman of the House Oversight and Government Reform Committee and one of several Republicans to publicly condemn the document. “The order would not impose the same requirements on the labor unions or other organizations that support the president. Furthermore, it unnecessarily politicizes the procurement process.”

The order would require contractors to disclose contributions to third-party nonprofit groups — known as a 501(c)(4) organizations — in which the company has the “reasonable expectation” that the funds would be used to pay for electioneering communications such as paid advertisements.

The disclosed contractor data would be made publicly available in a centralized, searchable database at Data.gov, a federal website.

The proposal appears to be modeled on a new law in Illinois, which created similar disclosure requirements for state contractors.

An administration official told Government Executive in a statement that additional disclosure is needed to ensure that contracting decisions are not influenced by politics. “Taxpayers deserve to feel confident that federal contracting decisions are based on merit alone and are not influenced by political favoritism,” the official said. “That said, this document is a draft EO that is still moving through the standard review and feedback process. It is not a final document. But the president is committed to bringing more accountability and transparency to a federal contracting system that has long needed reform.”

But some observers suggest the procurement system is already insulated from politics and that bid decisions are based on factors such as price, technical expertise and past performance. They disagree with the administration’s assumption that the system is vulnerable to politics.

“Why would a contracting officer need to see this?” said one acquisition expert familiar with the memo. “Why not just have the company report quarterly or on an annual basis? There is a level of political gamesmanship at play.”

The source noted that the timing of the required disclosure — prior to the award of a contract — “strongly suggests that political donations will be a consideration during the source selection process.”

Some industry officials said the plan shows a lack of awareness of the realities of the procurement system. “The draft order says it is necessary to ensure that politics are not allowed to impair the integrity of the procurement process,” said Stan Soloway, president of the Professional Services Council, a contractor trade group. “But by force-feeding irrelevant information to government contracting officers, who would otherwise never consider such factors in a source selection, the rule would actually do precisely what it is intended to stop — inject politics into the source selection process.”

Soloway noted that campaign contribution data are already publicly available in the FEC’s disclosure database and in the congressional lobbying database.

The order appears to revive and amend aspects of the 2010 DISCLOSE Act, a bill that would have prohibited the funding of campaign ads by government contractors, corporations with at least a 20 percent foreign ownership and recipients of Troubled Asset Relief Program bailout funds. The bill passed the then-Democratically controlled House but did not receive a vote in the Senate.

While the proposed executive order would not impose a ban as envisioned by the DISCLOSE Act, critics believe the result will be the same, and that it could scare companies away from contributing to political opponents of the administration.

“I am concerned that this ill-conceived policy draft could have a chilling effect on the First Amendment rights of individuals to contribute to candidates of their choice,” said Sen. Susan Collins, R-Maine, ranking member of the Homeland Security and Governmental Affairs Committee. “It troubles me that the draft executive order could be perceived as making political contributions a factor to be considered in awarding federal contracts.”

The order also could prevent some small businesses from working with the government, according to House Small Business Committee Chairman Sam Graves, R-Mo. Graves sent a letter to President Obama on Thursday afternoon calling on him to abandon the order.

“This order will either intimidate contractors not to get involved in politics, or make them believe that they need to contribute to the party in power if they want to compete for contracts,” Graves wrote.

The plan does have support among transparency advocates. “The public needs to know who is giving how much to which candidates, and no person or corporation should be allowed to hide behind a shroud of secrecy and prevent the people from seeing who is trying to influence government and policymaking through political contributions,” Gary Bass, executive director of the nonpartisan OMB Watch, wrote on his blog.

The watchdog group, however, has a number of questions about how the order would be implemented, including how subsidiaries and affiliates would be defined and what would be the penalties for providing false or misleading information.

The draft order requires the Federal Acquisition Regulatory Council to adopt implementation regulations by the end of 2011. Depending on the effective date of the regulations, the order could be implemented before the 2012 election, when Obama is once again on the ballot.

This article was updated to clarify which online databases were being referred to as sites where contribution information is already public.