If the federal government closes its doors on Oct. 1, it won’t be like past shutdowns for one big reason: contractors.

“The 2013 shutdown was different than every other shutdown that had come before it,” said John Cooney, a former counsel for the Office of Management and Budget and current partner at Venable LLP. “Many more government services are delivered through contracts, they’ve been outsourced. There are just that many more functions that are delivered externally and that complicates everything.”

Cooney was part of a Sept. 21 Professional Services Council panel that spoke on how to prepare for a government shutdown.

And as the threat of a shutdown looms large on Oct. 1, many in Washington are harkening back to their 2013 recollections of the last government closure.

Keep reading this article at: http://www.federaltimes.com/story/government/acquisition/contracts/2015/09/23/5-things-contractors-need-know-during-shutdown/72677568/

For more information on managing during a government shutdown, see: http://gtpac.org/2013/10/02/how-to-manage-a-federal-contract-during-the-government-shutdown/ 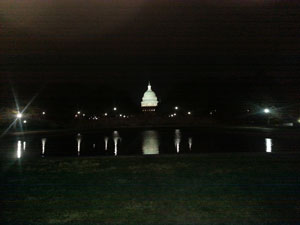 The Pentagon’s baseline budget could dip to $415 billion in coming years, with as little as $62 billion in annual authorized procurement, while the active military force shrinks to about 1 million uniformed personnel, according to analyst Todd Harrison of the Center for Strategic and Budgetary Assessments (CSBA).

Harrison provided Washington reporters an outlook Oct. 24 on the effects of the 2011 Budget Control Act (BCA) and its annual threat of automatic, widespread sequestration cuts in fiscal 2014 and beyond. While he did not necessarily see each of the outcomes as probable, when looking at historical trends and accounting for how the 2011 law is written, Harrison said the nadirs in defense spending and capability were nonetheless plausible.

Indeed, one of the unintended consequences of the law and sequestrations is the turnabout that will occur in the ratio of Defense Department procurement to research, development, testing and evaluation (RDT&E), according to Harrison’s report, “Chaos and Uncertainty: the Fiscal 2014 Defense Budget and Beyond.” Since fiscal 1955 the ratio has averaged 2.1, meaning the Pentagon was spending more than $2 in procurement for every $1 of RDT&E. While the actual figure has vacillated and dropped over the decades, it never got below a fiscal 2006 nadir of 1.1. But under decade-long spending caps mandated by the BCA, that ratio will drop below 1.0. 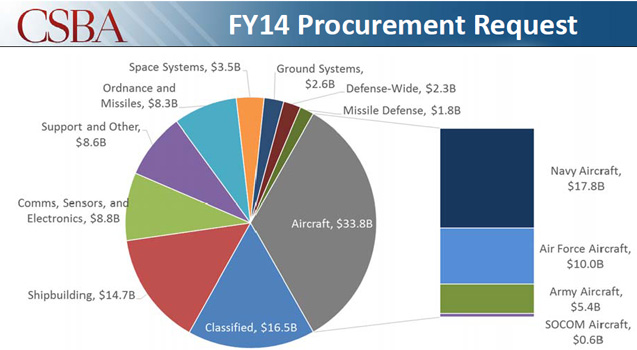