With 2020 in full swing, the Air Force’s cross-sector outreach program—AFWERX—announced this year’s innovation focus: the base of the future.

After Hurricane Michael decimated Tyndall Air Force Base in Florida in 2018, Air Force leadership saw an opportunity to rebuild with the future in mind.

“With the rebuild of Tyndall Air Force Base, the Air Force has an opportunity to create from scratch an installation that will be recognized as a center of excellence for innovation,” according to a notice posted to the beta.SAM.gov Contracting Opportunities site.

As the service looks to revamp a key base, AFWERX will be hosting a series of workshops across the country to get feedback on emerging technologies in a number of fields.  As part of its mission, AFWERX brings military leaders together with innovators from across the private sector, including industry, academia and “non-traditional contributors” through challenge workshops focused on specific needs.

“AFWERX enables thoughtful, deliberate, ground-up innovation across the Air Force,” the notice explains.  “This is accomplished through an innovative approach that combines startup urgency with the largest pool of motivated talent in the world to uncover opportunities to improve Air Force capabilities, connect and engage the right stakeholders, and facilitate outcomes.” 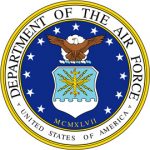 The C-17 System Program Office at Robins Air Force Base, Georgia, signed a memorandum of understanding with The Boeing Company on Aug. 21, 2019, related to the sustainment of the C-17 aircraft once the current contract expires in 2021.  The event signified high-ranking leadership’s commitment towards the aim of expeditiously awarding the follow-on contract, valued at $23.76 billion, once the current contract expires, Oct. 1, 2021.

You can read more about the agreement at the:  Robins Air Force Base website

Air Force Capt. Courtney Vidt had already spent more than a week in a classroom studying the nuances of aircraft physics, radar theory, and the numerous dangers posed to military transport aircraft like hers.

Now, the C-17 pilot was presented with a new challenge: Craft a mission plan for a mock exercise that would achieve the mission objective and get herself and her crew back home safely.

“We fly in a lot of areas where threats can reach out and touch us, and this course helps us be aware of what tools and tactics we have to prevent them from doing that,” Vidt said, “whether it’s flying around it, flying over it, flying under it, or other methods — so they can’t touch us.”

Vidt was one of about a dozen pilots and aircrew from multiple branches of the U.S. military who in March 2019 descended on Rosecrans Air National Guard Base, located about 60 miles north of Kansas City.  They came for an advanced training course designed for the mobility air force — service members who fly the large military aircraft that carry people and supplies.

The course was taught at the Advanced Airlift Tactics Training Center (AATTC), which provides the highest level of training in defensive maneuvers, countermeasures, and tactics for mobility forces with the ultimate goal of keeping them safe while flying through potentially hostile skies.

But it’s not just military instructors in uniforms teaching those courses.  Working alongside them is a team of experts from the Georgia Tech Research Institute (GTRI), which for decades has partnered with mobility forces to develop technology to counter the threats that confront the military’s transport aircraft.

The GTRI team plays a pivotal role at the training center, helping students understand the science behind threats such as heat-seeking and radar-guided missiles as well as providing foundational knowledge of onboard aircraft systems and the measures used to defeat the threats.

“The goal of these courses is to save lives in the combat environment,” said Bobby Oates, a senior research scientist and GTRI’s site lead for the program at Rosecrans.  “GTRI’s role here is to provide subject matter expertise.  We’re all prior military aviators, and all of us have been on some sort of C-130 platform.  That gives us a unique understanding of the needs of the mobility air force.”

The award, announced July 9, is renewable for an additional five years for a total potential investment of $491 million.

“This award affirms GTRI’s growing value to our nation’s defense,” said Lora Weiss, interim senior vice president and director of GTRI.  “As the U.S. faces increasingly more sophisticated technological threats from innovative and unconventional adversaries, this contract will expand GTRI’s ability to quickly apply its breadth of emerging and advanced technologies and leverage the creativity and expertise of a major university to solve critical national problems.”

The General Services Administration, on behalf of the Air Force, has kicked off a multiple-award acquisition that could be worth up to $5.5 billion.

Last fall, GSA and the Air Force announced their intent to create a blanket purchase agreement to provide hardware, software and IT services to replace the expiring NETCENTS-2 contract with one called 2nd Generation IT (2GIT).

The five-year contract will be split among five line item categories: data center, end user, network, radio equipment, and order level material. In a presolicitation document, GSA said it estimates spending of between $850 million and $1.1 billion on the contract annually. Public solicitation documents did not reveal if that estimate has changed.

Through GSA’s Cooperative Purchasing program, the contract is open to all federal, state, local and tribal agencies “to purchase IT, security, and law enforcement products and services offered through specific Schedule contracts.” GSA will award spots on the contract to several vendors that those agencies can purchase from.

Keep reading this article at: https://www.fedscoop.com/2git-air-force-bidding-open/

Like departments and agencies throughout government, the Air Force is tuning its acquisition methods to get closer the speed of technology, and will be holding its first live pitch day in March, with an available funding pool of $40 million.

“Mind-blowing ideas are being birthed in U.S. start-up companies, but the Pentagon largely misses out on them,” Will Roper, assistant secretary of the Air Force for Acquisition, Technology and Logistics, said in a release announcing the pitch day. “We have to do business at the speed of ideas so we can both inspire and accelerate start-up creativity towards national security challenges. The only way we’re going to do that is by making sure partnering with the Air Force is easy and energizing.”

Keep reading this article at: https://www.nextgov.com/emerging-tech/2019/01/air-force-host-first-small-business-pitch-day-40-million-grabs/154114/

Small businesses will be invited to submit their best solutions to the U.S. Air Force for the opportunity to participate in pitch sessions scheduled for March 6-7, 2019.

Prior to the event, the service will reveal a list of requirements, requesting five-page white papers from organizations describing their products or services. Businesses offering the solutions with most potential will be asked to take part in the two-day event and could receive a one-page contract immediately.

“We did an experiment where we wanted to do 50 contracts in 50 hours. We ended up doing 104 contracts with small business, and that was kind of a dry run [for the upcoming event],” U.S. Air Force Secretary Heather Wilson said.

Prior to what’s being called “pitch day,” the Air Force will describe some of its toughest problems in areas such as software, intelligence and special operations via venues such as LinkedIn and other websites. The service also plans to include an open category so businesses with innovative ideas in other fields can participate.

Keep reading this article at: https://www.afcea.org/content/air-force-reveals-same-day-contracting-opportunity 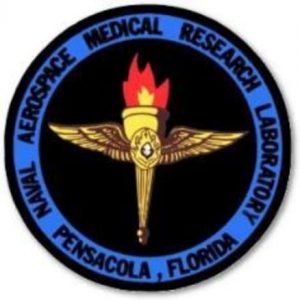 An inventor may have discovered a non-pharmaceutical cure for car sickness that could revolutionize the way people experience everything from travel to the newest virtual-reality headsets. That, in turn, could affect how the military trains, fights, and navigates.

Just like civilians, troops get motion-sick. A 2009 study by the Naval Aerospace Medical Research Laboratory found that more than half of soldiers got sick while riding in Army vehicles. Roughly 25 percent of military personnel got sick on “moderate seas” and 70 percent on “rough seas.” In the air, as many as 50 percent of personnel get airsick; even 64 percent of parachutists reported episodes.

To treat symptoms, troops typically take a drug called scopolamine. It has serious side effects, most notably drowsiness, so soldiers often take it with an amphetamine that carries its own downsides and side effects. It’s like being on uppers and downers at once, which makes for a fatiguing Friday night, much less a war.

The military’s problems with motion sickness will worsen considerably as more and more training is conducted in virtual reality.

Keep reading this article at: https://www.defenseone.com/technology/2018/11/inventor-may-have-cured-motion-sickness-without-drugs-and-could-mean-lot-us-military/152960/