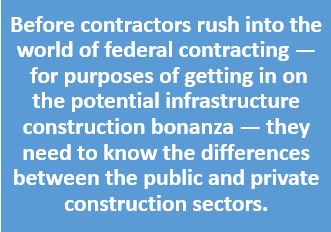 Two years ago General Dynamics, one of the biggest federal contractors, reported a quarterly loss of $2 billion. An “eye-watering” result, one analyst called it.

Diminishing wars and plunging defense spending had slashed the weapons maker’s revenue and left some subsidiaries worth far less than it had paid for them. But the company was already pushing in a new direction.

Soon after Congress passed the landmark Affordable Care Act, the maker of submarines and tanks decided to expand its business related to health care. Its 2011 purchase of health-data firm Vangent instantly made it the largest contractor to Medicare and Medicaid, the huge government health plans for seniors and the poor.

“They saw that their legacy defense market was going to be taking a hit,” said Sebastian Lagana, an analyst with Technology Business Research, a market research firm. “And they knew legislation was coming up that was going to inject funds into the health-care market.”

Keep reading this article at: http://www.washingtonpost.com/business/federal-contractors-now-find-opportunities-for-growth-in-healing-not-war/2014/12/04/3ed2ff08-7a63-11e4-9a27-6fdbc612bff8_story.html

CGI Federal, the company responsible for building the problem-plagued Web site for the Affordable Care Act, won the job because of what federal officials deemed a “technically superior” proposal, according to government documents and people familiar with the decision.

Not considered in the 2011 selection process was the history of numerous executives at CGI Federal, who had come from another company that had mishandled at least 20 other government ­information technology projects more than a decade ago. But federal officials were not required to examine that long-term track record, which included a highly publicized failure to automate retirement benefits for millions of federal workers.

By 2011, CGI Federal already had been cleared to do government work at the Centers for Medicare and Medicaid Services (CMS), the agency overseeing the rollout of the new health-care law.

The company had been included in a pool of pre-screened, approved contractors in 2007, during the George W. Bush administration, and only firms in that pool were later allowed to bid for the Affordable Care Act work. It was at that earlier time that the problems at American Management Systems, the Fairfax County IT contractor acquired by CGI, would have figured into the assessment of CGI Federal, contracting experts say.

In hindsight, one former CMS official said, the AMS record “could well have knocked [CGI Federal] out of the competition, and probably should have.”