Putting your best foot, or best personnel, forward seems like “Winning the Contract Award 101.”  But a refresher course never hurts.

Recently, the Government Accountability Office (GAO) decision in Deloitte Consulting, LLC (Deloitte), B-416882.4 (January 6, 2020), provided a reminder about the content of a quotation where the solicitation requires submission of a crosswalk, resume, and detailed work history for key personnel.

Every year on the anniversary date of your Disadvantaged Business Enterprise (DBE) certification, the regulations require that your company file an “affidavit of no change.”  49 C.F.R. § 26.83(j).  This affidavit must be completed by the firm’s owner(s) and requires that you provide a copy of your firm’s most recent federal business tax return.  A copy of Georgia’s “no change” affidavit is available here:  http://www.dot.ga.gov/PartnerSmart/Business/Documents/GUCP%20Annual%20-%20No%20Change%20Affidavit%20-%20UPDATED%201-15-2016.pdf (note:  The original linked article provides a link to the Penn. DOT affidavit.  I have provided a link to the Georgia DOT (GDOT) “No Change” Affidavit because most of our readers are Georgia based companies. – Andrew Smith, GTPAC Program Manager)

The requirement of the filing of the “affidavit of no change” is very strict, and the United States Department of Transportation (USDOT) will not accept any excuses.  You should calendar the due date in multiple places, along with calendaring reminders to provide sufficient notice to complete the affidavit.

Family-owned businesses are often owned and controlled by family trusts.  Trusts are used by families for estate planning, tax planning and asset protection.  Family-owned government contractors with trust ownership structures should be mindful of ownership disclosures required by the Federal Acquisition Regulation (FAR).  Failure to comply with the required disclosures could result in False Claims Act or false statement allegations, loss of Facility Security Clearances, rejections of bids and proposals, and loss of bid protests.

This is the third in a series of posts regarding the General Services Administration’s (“GSA”) consolidation of its federal supply schedules into one schedule contract.  Our prior posts addressed GSA’s consolidation process in general and its use of Category Management in constructing the consolidated schedule.  Here, we answer common industry questions regarding what is and is not changing as a result of schedule consolidation.

“I don’t want to do that because it will just upset them and they’ll make sure I don’t win.”  This is a common concern I hear from clients when I help them review solicitations (invitations to bid (ITB), requests for proposals (RFP), or invitations to negotiate (ITN)) and draft their offers.  But, this fear of “rocking the boat” is usually unfounded.  This is why I frequently advise clients who hire me to help draft proposals to stick up for themselves by submitting “strategic” questions or filing “spec challenges,” which are bid protests challenging the terms of an solicitation. 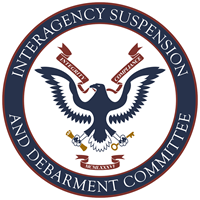 For government contractors, a debarment immediately renders them ineligible for government contracting and, in turn, cuts off revenue, leading to potential irreparable harm.  For individuals facing debarment, the effect is equally as dire, as most government contractors will immediately terminate an employee who has been proposed for debarment, or at a minimum, place the employee on leave pending a resolution.  With such high stakes, those who find themselves in the crosshairs of such proceedings inevitably have questions.  What should I do if I am debarred, and how does debarment affect me?  How will my reputation be impacted by debarment?  What can I do to avoid debarment?  Unfortunately, adequate answers can be difficult to find.

The U.S. government needs to do more to protect itself in cyberspace as adversaries’ technological capabilities rise, according to the departing general counsel of the NSA.

Glenn Gerstell, who is leaving the NSA later this year, said the expanding threat landscape — caused by the combination of nation-state’s capabilities and the onset of technologies such as 5G, artificial intelligence and the internet of things — presented several challenges that the intelligence community must grapple with long after he leaves the agency.

“It is almost impossible to overstate the gap between the rate at which the cybersecurity threat is getting worse relative to our ability to effectively address it,” Grestell said at an American Bar Association event Jan. 15.

Many federal construction contractors have been there: it’s near the end of the project and the government raises an issue with work that was done much earlier, but is not in strict compliance with the specifications.  The contracting officer demands strict compliance with the specifications, even if it means tearing out completed work to fix the defect.  And of course, the contracting officer insists that the government does not have to pay for the additional work.  The contractor has to proceed as directed, but is the contractor actually entitled to additional compensation or not?

On December 17, 2019, the Armed Services Board of Contract Appeals handed down its decision in the Appeal of Buck Town Contractors & Co., confirming that if the government knew about the defective work during performance but said nothing, then it has constructively waived strict compliance with the contract specifications and the contractor is entitled to additional compensation. 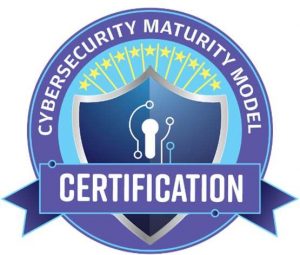 The Department of Defense’s Cybersecurity Maturity Model Certification (CMMC) program will be a new contractual requirement for all DoD contractors.  It will impact the 300,000 firms that make up the defense industrial base.  It will not be a self-attestation model, but rather a third-party certification and compliance model.

In 2020, the DoD plans to finalize the CMMC framework and to start implementation with a select group of acquisitions.

Here are some go-to facts and resources to help you prepare.

You can find the resources and links at:  JD Supra

However, small businesses only remain small to the extent that they are considered small under applicable North American Industrial Classification Standards (NAICS).  Generally, size is calculated based on the size standard applicable to the business’s industry code – average annual gross receipts or average annual number of employees.