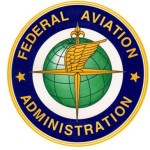 Until now, the Federal Aviation Administration (FAA) did not participate in the SBA’s Historically Underutilized Business Zones (HUBZone) Contracting Program.  But as of January 2021, it looks like that may be changing!

Historically, the FAA did not incorporate any HUBZone goals into its Acquisition Management System (AMS) Contract Clauses.  In fact, the FAA website’s FAQ sheet still states, “[t]he FAA has not established a HUBZone goal and is exempt from the SBA Goal Setting Guidelines including the establishment of HUBZone goals.”

As for the contents of Clause #3.6.1-18, they are nearly identical to the corresponding Federal Acquisition Regulation (FAR) clause, FAR 52.219-3, Notice of HUBZone Set-Aside or Sole-Source Award.