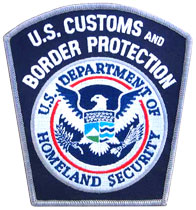 The US Customs and Border Protection has reportedly suspended a subcontractor following a “malicious cyberattack” in May that caused it to lose photos of travelers into and out of the country.  Perceptics, which makes license plate scanners and other surveillance equipment for CBP, has been suspended from contracting with the federal government, The Washington Post reported Tuesday.

On June 12, CBP had confirmed that in violation of its policies, a subcontractor had “transferred copies of license plate images and traveler images collected by CBP to the subcontractor’s company network.”  The subcontractor’s network was then compromised by a cyberattack that affected under 100,000 people who entered and exited the US in a vehicle through several specific lanes at one land border during a 1.5-month period.