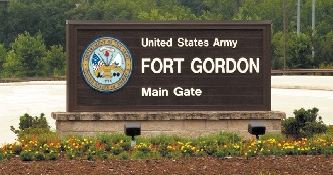 A former active-duty U.S. Army colonel and his wife were sentenced to federal prison and fined more than $200,000 Feb. 5th for their roles in steering government contracts to co-conspirators in return for cash.

Anthony Roper of Augusta, Georgia pled guilty to Procurement Integrity Fraud and was sentenced to 60 months in prison and fined $200,000. He also will be subject to three years of supervised release after his sentence is completed.  There is no parole in the federal prison system. Roper’s wife, Audra Roper, pled guilty to Accessory After the Fact and was sentenced to 28 days in prison, fined $10,000, and placed on five years of probation.

According to evidence presented during guilty pleas and sentencing hearings, Anthony Roper, then in active-duty status at Fort Gordon, accepted bribes from Calvin Devear Lawyer, a retired U.S. Army colonel, to steer Army contracts worth more than $20 million to Lawyer’s company, the CREC group. Based on false representations from Lawyer and Dwayne Oswald Fulton, then an employee of a defense contractor, CREC group had been awarded Small Business Administration (SBA) status as a small, disadvantaged business, and the company used that status to gain competitive advantage in contracting.

The conspiracy also included the creation of fraudulent documents in an attempt to cover up bribes to Anthony Roper after law enforcement agencies discovered the scheme. Lawyer previously pled guilty in the case and was sentenced to 60 months in prison. As part of his sentence, Lawyer also paid a $3 million personal money judgment and a $2 million civil penalty.

“Taxpayers deserve above-board behavior from those who do business with the federal government, especially with the military,’” said Southern District of Georgia U.S. Attorney Bobby L. Christine. “It is particularly disappointing when members of the armed forces violate their oaths of office to steal from the public, and our office will prosecute those crimes vigorously.”