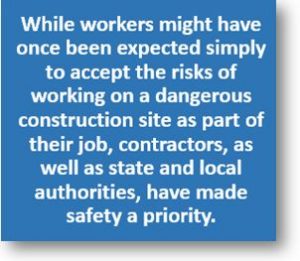 A U.S. Appeals Court judge for the 5th Circuit in New Orleans has ruled that OSHA can cite general contractors — even if their employees are not affected — for subcontractor safety violations.

The ruling came after Labor Secretary Alexander Acosta requested that the 5th Circuit review an OSHA administrative court decision that said a general contractor could only be cited for safety threats to its own employees.

In 2017, a Denver Occupational Safety and Health (OSH) Commission administrative judge ruled that Hensel Phelps could not be cited by the agency for safety hazards created by one of its subcontractors on a project in Austin, Texas. However, the 5th Circuit said more recent rulings have rendered the case law on which the administrative judge based his decision “obsolete” and said that Hensel Phelps could be held responsible for safety on the multi-employer site as a “controlling employer.”

According to court documents, Hensel Phelps hired subcontractor Haynes-Eaglin-Waters (HEW) for a library construction project, and HEW, in turn, hired CVI Development as a sub-subcontractor to perform demolition, excavation and other work. Hensel Phelps and HEW project staff allegedly directed CVI to work in an unsafe excavation area. An OSHA inspector cited both Hensel Phelps and CVI for safety violations. The OSH Commission will now review the matter again, taking the 5th Circuit’s decision into consideration.

Keep reading this article at: https://www.constructiondive.com/news/court-general-contractor-can-be-cited-for-subcontractor-violations/544678/