In the Donald Trump era, the United States appears to be more politically divided than it has been in decades. Still, there are matters of public policy that most Americans can agree on — chief among them is investment in infrastructure. According to a recent non-partisan Gallup poll, three out of four Americans support the president’s plan of spending more federal money on infrastructure. 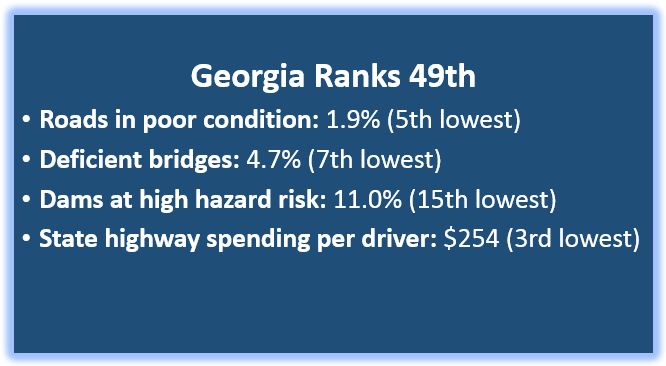 The president proposed a $1 trillion plan to improve aging roads, bridges, and tunnels across the country. While funding the project has proven to be a political challenge, broad public support for the plan is rooted in necessity.

About seven out of every 100 miles of roadway nationwide are in poor condition; 9 percent of bridges nationwide are structurally deficient, meaning that they are in need of some repair; and 17 percent of dams in the country have a high hazard potential — meaning a functional failure would result in the loss of life.

Keep reading this article at: https://www.usatoday.com/story/money/economy/2018/08/13/infrastructure-spending-states-that-are-falling-apart/37270513/