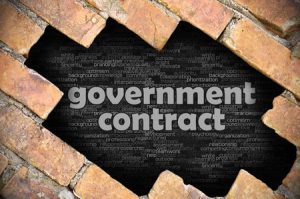 At least nine major contractors, working primarily for defense-related agencies, have benefited from waivers under a 1981 law that allows federal officials to override the firms’ suspensions for such misconduct as fraud, bribery and theft.

That’s according to a new study of 22 contract decisions released this week by Bloomberg Government. Using a Freedom of Information Act request filed with the General Services Administration, the publication also found that some agencies had failed to forward the required documentation on the waivers to GSA.

Such household names as IBM, BP and Boeing have benefited from the law, wrote reporter Sam Skolnik.

Keep reading this article at: https://www.govexec.com/contracting/2018/08/defense-agencies-continue-awarding-contracts-suspended-firms-report-finds/150424