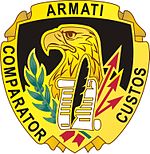 An audit of two Army Contracting Command centers in Redstone, Alabama and Warren, Michigan, revealed The Department of Defense (DoD) must increase its efforts in order to meet small business subcontracting goals.

The DoD Inspector General Audit was carried out in three different branches. One audit was performed on the Army, and two each on the Marine Corps and the Air Force. According to the audit, small businesses may have lost opportunities because protocols were not followed which could have encouraged more small businesses to be part of the federal marketplace.

Small businesses have been specifically included in the federal contract bidding process to both support and encourage growth in communities across the country. Head of the House Small Business Committee U.S. Rep. Sam Graves (R-Missouri) announced in Nov. 2017 his desire to raise the federal government’s contracting goal for small businesses to 25 percent, a two percent increase from the current 23 percent target for contracts to be awarded to small businesses today.

Keep reading this article at: https://smallbiztrends.com/2018/05/defense-contracts-for-small-businesses.html