Over the past several months, the strike force’s efforts resulted in five guilty pleas and twelve civil settlements, including the following publically available actions:

These prosecutions and civil settlements with the named individuals and entities, as well as others, stemmed from a wide variety of fraudulent conduct, including bribery of public officials, illegal kickbacks, illegal arrangements between large contracting companies and certified small or 8(a) businesses acting as “front” companies, and billing for services not rendered.  Each of the individuals who has pled guilty awaits sentencing.  The total financial recovery for the United States thus far has exceeded $7.4 million.  Several of these investigations remain ongoing.

“The Southern District of Georgia is the proud home of several major military installations that serve a vital role both in our national defense and the district’s local economy,” said United States Attorney Bobby L. Christine.  “Those who do business with these installations should be on notice – ripping off the United States will not be tolerated! This office will bring to bear the full weight of our resources to hold fraudsters accountable.” 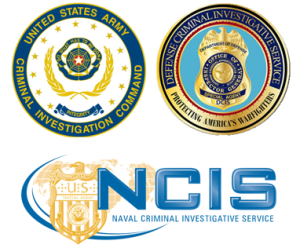 “The American public expects the Department of Defense (DoD) to spend limited taxpayer funds efficiently and economically.  Bribery and other corrupt behavior by public officials and defense contractors diverts and wastes precious dollars intended to provide critical products and services for our Warfighters.  These results demonstrate the effectiveness of investigative efforts by the Defense Criminal Investigative Service to protect the integrity of all DoD programs,” said Special Agent in Charge John F. Khin, Southeast Field Office.

“These settlements stand as proof of the tenacity of our special agents,” said Frank Robey, director of the U.S. Army Criminal Investigation Command’s Major Procurement Fraud Unit. “It is important for those who conspired to profit from illegal payments take responsibility for their actions. The settlements hold the defendants accountable and send a message to others that these violations will be taken seriously.”

“SBA OIG will aggressively investigate allegations of fraud involving SBA’s preferential contracting programs, to include false statements made to gain access to contracting opportunities set aside for small businesses,” said SBA OIG Eastern Region Special Agent-in-Charge Kevin Kupperbusch.  “SBA’s preferential contracting programs are intended to promote the economy and grow and develop small businesses across the nation.  I want to thank the U.S Attorney’s Office and our law enforcement partners for their dedication and hard work throughout these investigations.”

SBA’s General Counsel, Christopher Pilkerton said, “These successful prosecutions demonstrate the tremendous results achieved through the combined efforts of federal agencies to uncover and forcefully respond to procurement fraud.  SBA is strongly committed to identifying and aggressively pursuing instances of fraud perpetrated by those participating in SBA’s procurement programs.”

The United States was represented by Assistant United States Attorneys Brian T. Rafferty, Shannon H. Statkus, J. Thomas Clarkson, Matthew A. Josephson, and Jonathan A. Porter.  Any claims resolved by the civil settlement agreements are allegations only and there has been no determination of liability.

Each of the civil settlements resolved potential liability under the False Claims Act.  Under the False Claims Act, whistleblowers can be entitled to a portion of the amount recovered by the United States.  The United States Attorney’s Office also reminds contractors that businesses and individuals that self-disclose potential violations can be eligible for significantly reduced penalties.

If you have any information regarding potential procurement fraud, please contact Assistant United States Attorney J. Thomas Clarkson at (912) 201-2601.