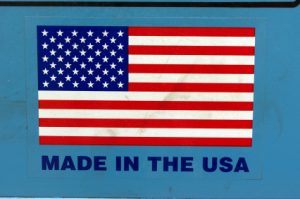 Sentencing has been set for Vincent Lee Ferguson, Matthew Lee Ferguson, and Kerry Joseph Ferguson for June 6, 2018.  Sentencing for Neil Streeter and Stephanie Lynn Kaemmerer is set for June 11, 2018.  Conspiracy to commit wire fraud and smuggling goods into the United States both carry a maximum penalty of 20 years in prison and a fine of up to $250,000.  Each defendant was released pending sentencing.

According to information on file with the U.S. District Court, Wellco was a leading manufacturer and supplier of military footwear to the U.S. Department of Defense (DoD) and to civilian (commercial) customers for over 70 years.  From 2006 through 2012, DoD alone paid in excess of $138 million to Wellco for the supply of combat boots.  Wellco pioneered and patented the first practical method for molding and attaching a rubber sole to a shoe upper in a single operation.  During the Vietnam War, the U.S. Army adopted Wellco technology for the manufacture of its hot-weather boots for the jungles of Vietnam, a boot that became known as the “Vietnam Boot” or the “jungle boot.”   In May, 2007, in a deal involving approximately $22 million, Wellco was acquired by two investment firms, Golden Gate Private Equity, Inc. and Integrity Brands, Inc.  Wellco became a wholly owned subsidiary of Golden Gate’s portfolio company, Tactical Holdings.

In March 2006, Vincent Lee Ferguson was made President and CEO of Wellco.  At that time, he discussed a turnaround plan with Wellco’s Board of Directors for the company to increase commercial sales and “aggressively pursue” sales to the U.S. government.  From December 2008 through August 2012, he conspired with his executive team to import military-style boots that were made in China into the United States and then deceptively market and sell those boots to DoD (and other federal departments and agencies), government contractors, and the general public as “Made in the USA” and as compliant with the Berry Amendment and the Trade Agreements Act (TAA).   The Berry Amendment prohibits DoD from buying clothing that is not grown, reprocessed, reused or produced in the U.S.   The purpose of the Berry Amendment is to protect the viability of America’s textile and clothing production base.  The TAA provides that the government may acquire only “U.S.-made or designated country end products” and requires government contractors to certify that each “end product” meets applicable requirements.

By December 2008, Wellco was manufacturing certain military boot model uppers and insoles in China.  In order to conceal this fact, the conspirators required the Chinese manufacturing facility to include the American flag and “USA” on labels of certain boot uppers.  After two shipments of these deceptively marked boots were detained and seized by the U.S. Department of Homeland Security’s Customs and Border Protection, the conspirators ordered the Chinese facility to stitch tear-away “Made in China” labels in Wellco boot uppers.  After importation, the conspirators instructed Wellco factory workers in Morristown, Tennessee to tear out the “Made in China” tags prior to shipping the boots to government and commercial purchasers.

The defendants marketed and sold these Chinese-made Wellco boots as “Made in the USA.”  They also submitted false certifications to DoD and other federal agencies, and to government contractors that these boots complied with the Berry Amendment and TAA and met certain safety standards, including electrical hazard and blood-borne pathogen protections for U.S. troops.  For example, on August 15, 2012, the defendants submitted a signed “Certificate of Conformance” to a government contractor, representing that Wellco’s boot model S161 was “100% Berry Compliant” and “fully protective against Electrical Hazard,” even though the model was imported from China and not safety tested.  The boots were then supplied to troops stationed at Sheppard Air Force Base in Wichita Falls, Texas.   In total, Wellco sold at least $8.1 million of fraudulent boots.