The good news for minority- and women-owned contractors is DoD obligated more than $230 billion from FY 2010-2016. These obligated amounts were awarded through almost 444,500 contracts.

While DoD’s obligations decreased by 12 percent over this time, from more than $36 billion to almost $32 billion, this decrease was significantly less than the approximately 27 percent decrease in overall DoD contract obligations for the same period.

The obligated amounts cover both products and services, but services dominate, constituting approximately 75 percent of the awarded dollars. More than 80 percent of the awards were fixed-price contracts, with the remaining awards being cost-reimbursement, and time-and-materials/labor-hour contracts. The top product was information technology software more than $3 billion, while the top service was professional engineering and technical support more than $14 billion. 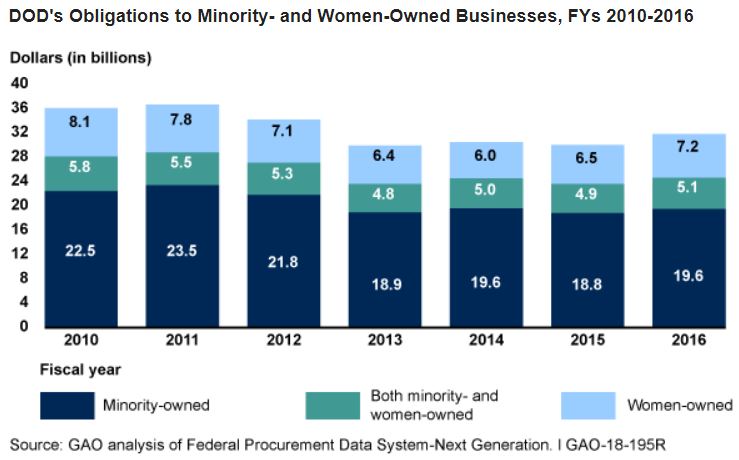