A former owner of a government contracting company that serviced the Military Sealift Command (MSC) has been sentenced to 60 months in prison, and to pay a $15,000 fine.  The sentence was handed down on July 28, 2017.

Joseph P. Allen of Panama City, Florida was charged with participation in a bribery conspiracy from approximately 1999 to 2014, in which he provided a contracting official at MSC with almost $3 million in bribes.  Allen pled guilty on April 19 to one count of conspiracy to commit bribery. 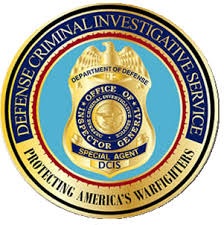 For his role in the scheme, Miserendino was charged in a five-count indictment on May 4, with one count of conspiracy to commit bribery and honest services mail fraud, one count of bribery, and three counts of honest services mail fraud.  His trial is currently scheduled for October 31, 2017.  Note that the charges and allegations against Miserendino contained in the indictment are merely accusations. The defendant is presumed innocent unless and until proven guilty beyond a reasonable doubt in a court of law.