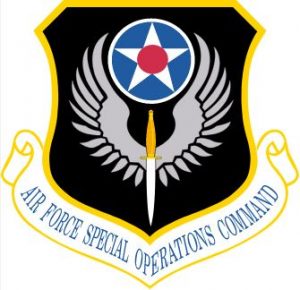 Michael Allen Braun has been sentenced to 18 months in prison and $126,300 in restitution for “conspiracy to commit theft of honest services and wire fraud” and bribery of a public official.

In connection with the same case, co-conspirator Air Force Master Sergeant Cody Boone Covert was previously sentenced in February to 23 months in prison for conspiracy and bribery of a public official.

In January 2014, MSgt. Covert, 901st Aircraft Maintenance Squadron located at Hurlburt Field in Florida, was tasked by the Air Force with procuring specialized equipment in support of C-130 Special Operations Aircraft. Braun, who owned the company Trans Global Storage Solutions, conspired with Covert to obtain a contract from the Air Force. Prior to the solicitation of the contract, Braun agreed to provide Covert 45% of the profit from the contract proceeds, if Covert ensured that Trans Global won the contract. Covert submitted a request to purchase the specialized equipment. Because Covert was the requester of the equipment, he was chosen to evaluate each proposal for technical acceptance. Subsequently, Covert recommended the Trans Global proposal be accepted. After Trans Global was fraudulently awarded the $126,300 contract from the Air Force via Covert’s inside influence, Covert and Braun split the proceeds. Covert pled guilty on October 28, 2016, and Braun pled guilty on January 12, 2017.

“Corruption in the government procurement process damages the public trust and ultimately degrades the warfighting mission of the Department of Defense,” commented Special Agent-in-Charge John F. Khin, Southeast Field Office, Defense Criminal Investigative Service. “DCIS, with our investigative partners and the U.S. Attorney’s Office, continues to pursue and bring to justice those contractors who defraud military programs, especially when it jeopardizes the safety of our brave men and women in uniform.”