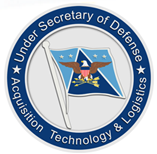 But while DoD’s efforts to comfort industry are commendable, some key questions remain, including most prominently: whether and how DoD auditors will utilize the results of pre-IR&D “technical interchange” meetings to question the allowability of IR&D costs.

The memorandum is just the latest in a series of communications from DoD on the allowability of IR&D costs. As previously discussed here, DoD issued a white paper in August 2015 signaling that a significant overhaul of the IR&D regulations may be on the horizon.  The white paper established a goal of requiring that contractors engage with “appropriate technical operational staff” prior to incurring IR&D costs.  Moreover, and perhaps most alarming for contractors, the white paper indicated that the Defense Contract Management Agency (DCMA) and the Defense Contract Auditing Agency (DCAA) would use information shared during the required “technical interchange” meetings to make allowability determinations for IR&D costs.  The views expressed in the white paper harkened back to the Technical Evaluation Group and Tri-Service Negotiation Group approval process of the 1980s – when these groups assessed the quality, reasonableness, and potential military relationship of each IR&D project before the project costs could be considered allowable.  This process was abandoned in the late 1990s in favor of increased autonomy for contractors in choosing IR&D projects.

Keep reading this article at: https://www.insidegovernmentcontracts.com/2017/01/dod-reassures-major-contractors-not-returning-old-ird-practices-significant-questions-still-remain/