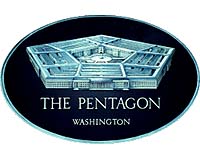 The Defense Department continues to spend more than half its contracting dollars without legitimate competition between vendors, according to its Office of Procurement and Acquisition Policy.

A competition scorecard for the third quarter of fiscal 2016 released this week by the office shows that of $205 billion awarded in contract spending across DOD, only $101 billion was competed.

That compete percentage, about 49.7 percent of total contract spending, falls short of DOD’s stated 57 percent goal for fiscal 2016, and indicates a continuation of almost a decade of declining competition across the military space for everything including IT systems, professional services and weapons systems.

Keep reading this article at: http://www.nextgov.com/defense/2016/08/pentagons-contract-spending-problem/131008