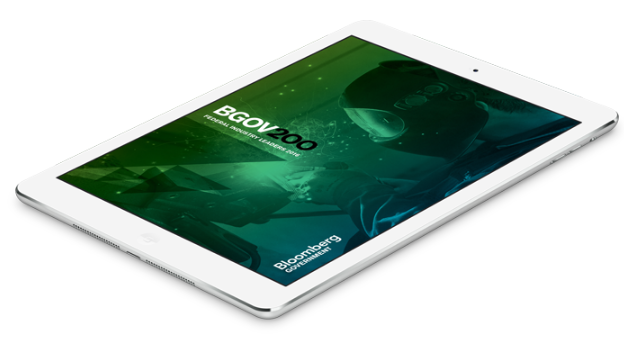 Bloomberg Government has released its annual BGOV200 report, ranking the top 200 federal government contractors by value of prime, unclassified contracts awarded by federal agencies in fiscal 2015. The report also analyzes the top contracts at 24 agencies and departments, and in 20 different purchasing categories.

The BGOV200 report explores the way contractors have responded and performed against the contracting dynamics of the past year.

Several factors contributed to the landscape in fiscal 2015.  After year-over-year declines in federal spending, fiscal 2015 may have been the bottom. While the marketplace continues to shape itself through significant merger and acquisition activity, the report hints that increased budgets and potential growth in contract spending may mean windfalls for the survivors.