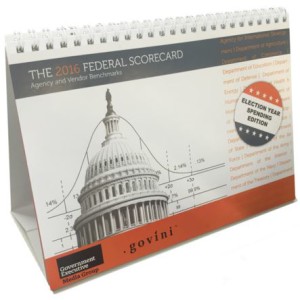 The 2016 Federal Scorecard is published by Govini, a business intelligence provider for companies selling to the public sector.  The full Scorecard report can be downloaded here.