Less than a week after the final bid protest was decided in its favor, the agency made 21 awards as part of its T4NG contract. 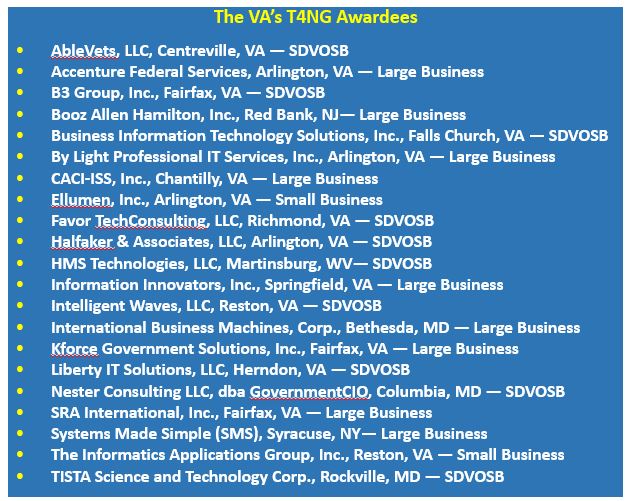 VA was hit with several protests after it eliminated companies from the competitive range, including incumbent Harris Corp. Harris and two other companies filed protests with the Government Accountability Office and GAO support VA’s decision.

While the protests were pending, VA was restricted from making the awards but could continue with evaluations and discussions. Obviously, it was ready to go with awards once GAO reached its decision.

Keep reading this article at: https://washingtontechnology.com/blogs/editors-notebook/2016/03/va-makes-t4ng-awards.aspx