After more than 20 years of effort, the federal government has, for the first time, met its goal of awarding 5 percent of the money it spent on contractors to businesses owned by women.

About $17.8 billion of that total went to businesses owned by women during the fiscal year, which ended in September.

The news comes on the heels of a Commerce Department analysis showing that businesses owned by women are 21 percent less likely to win government contracts than otherwise similar companies. Companies owned by women tend to be younger and smaller than other businesses, but even accounting for those differences, the disparity remains, the agency found. 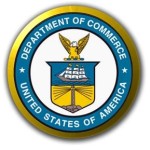 The government set its 5 percent target in 1994 for spending on women-owned businesses, which are defined as those that are at least 51 percent controlled by women. It repeatedly fell short.

Keep reading this article at: http://www.nytimes.com/2016/03/02/business/government-meets-goal-set-in-1994-for-womens-business-contracts.html